TRUTH OR CONSEQUENCES, N.M. — One New Mexico high school football season has been canceled due to a criminal investigation involving five football players accused of assaulting their teammate in the locker room.

"The hazing incident – I’m going to get quite graphic – consisted of, essentially, four players holding the victim down," Hamilton said. "One by the legs, one who laid across his body. The other two who held a right arm and a left arm. And the fifth individual then put his unclothed buttocks and genitalia on the victim’s face."

The sheriff said the one who exposed himself is 18 years old and facing the potential of serious charges, including criminal sexual contact with a minor.

"It’s despicable, it’s disgusting, and we have to send a message it’s not going to be tolerated," Hamilton said. 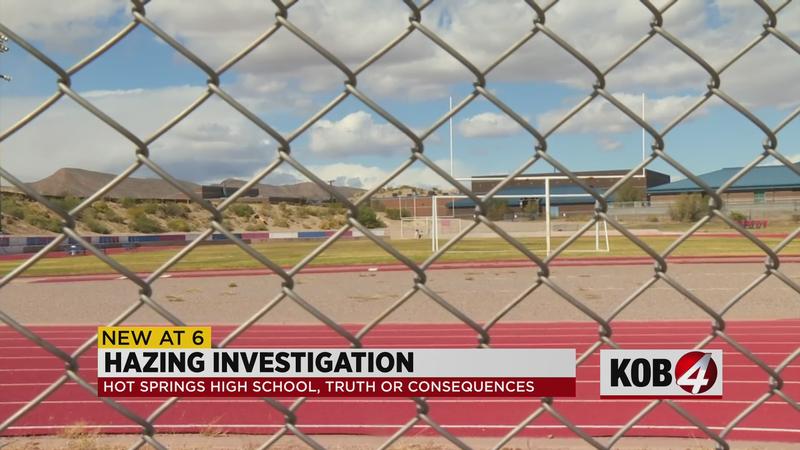 Since the investigation began, two more victims have come forward identifying some of the same boys responsible in the latest alleged attack. The sheriff also said they have obtained a Snapchat video of the attack.

"It’s an opportunity to use this device right here to get your 15 minutes of fame," Hamilton said. "This appears to be what this incident was all about – they staged this incident in order for one of the students to capture video and post this out there."

The Truth or Consequences school district was absent from the news conference Tuesday. They were reportedly invited by the sheriff to participate, but declined. The sheriff defended their decision.

"And I believe that the high school football coach has voluntarily resigned as a result of it," Hamilton said.

The sheriff said there is no evidence that any coach or staff member knew about the incident, but it was promptly reported.