ALBUQUERQUE, N.M. — Izaiah Garcia has been convicted in the murder of 17-year-old Sean Markey – a conviction that means he could face the possibility of life in prison.

The KOB 4 Investigates team had looked into the chaos that surrounded that deadly 2019 homecoming party in the Northeast Heights. Now, nearly two years later, a jury convicted Garcia of first-degree murder with a "depraved mind." His bullet was intended for someone else, but it ricocheted and hit Markey in the back.

Garcia was also found guilty of aggravated assault with a deadly weapon.

KOB 4 spoke with Sean Markey’s family just moments after the verdict was announced. 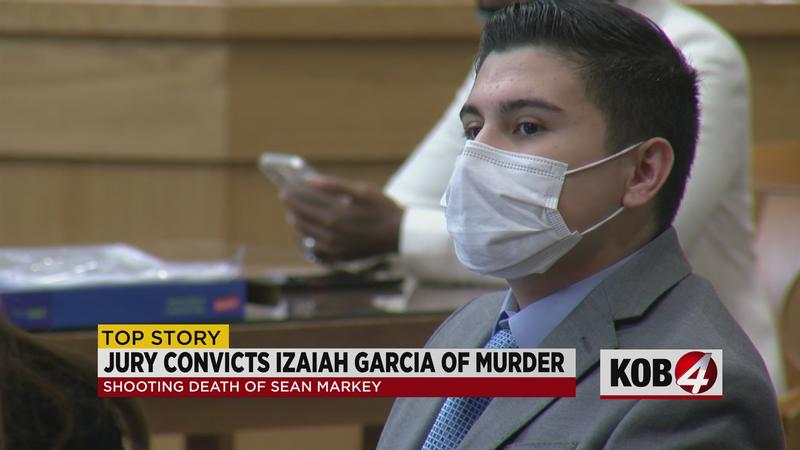 There was another charge for the jury to consider – whether the killing of Markey was premeditated. The judge declared a mistrial on that specific charge – but KOB 4 was told prosecutors have no interest in pursuing a retrial on that matter, because they did secure a fire-degree murder charge based on the other theory.

"Today’s verdict should be a strong signal to anyone in this community who thinks they can go out and perpetrate these types of violent acts without consequence," District Attorney Raul Torrez said.

Garcia’s sentencing date will be in 90 days. In the meantime, he will be detained without bond.

Garcia has also been charged in the 2019 murder of Cayla Campos, who was shot and killed while playing Pokemon Go. He is awaiting trial for her murder, which is scheduled to take place in December.