ROSWELL, N.M. – Voters shook up city government Tuesday when they elected a new mayor and ousted all but one incumbent seeking reelection.

The results showed Timothy Jennings edging out incumbent mayor Dennis Kintigh 44 to 43% with a margin of 57 votes between them. Fellow challengers Guy Malone and Eva Tellez trailed with 10% and 4% respectively.

The results for mayor:

The outcome represents a big political comeback for Jennings, a former county commissioner who later went on to serve in the New Mexico Senate from 1979 until he was defeated by current state Sen. Cliff Pirtle, R-Roswell in 2013.

Jennings during his time at the Roundhouse eventually climbed the leadership ladder, ultimately serving as Senate President Pro Tempore.

In an interview Wednesday with KOB, Jennings attributed his win, to issues such as the imposition of fees for public use of city operated facilities, such as the Roswell Adult Center; Aquatic and Recreation Center and the Spring River Park and Zoo.

He believes his emphasis on economic development, especially as it relates to the air center, also attracted voters to him.

“I’m really focused on jobs and improving the air center where we can long term jobs that will stay in Roswell and be high paying with benefits,” Jennings said.

Kintigh, who was seeking a third four-year –term as mayor, did not respond to calls for comment. After the election had been called though he posted a message on his campaign Facebook page, thanking his campaign supporters and asking them “to pray for Roswell.”

The contest between Jennings and Kintigh became contentious at times especially on social media.

Jennings blamed Kintigh for the city’s rising crime rate, something being experienced by communities throughout the state. He said salaries should be higher for police officers, in order to attract more officers to work in Roswell.

Kintigh, a former FBI agent, blamed lawmakers in Santa Fe and their reluctance to pass laws with tougher criminal penalties for the spike in crime.

Backers of Kintigh and his campaign in turn sought to use some of his votes during his decades as a lawmaker against him to paint Jennings as out of step with the residents of staunchly conservative Roswell.

Jennings disputes those claims, arguing that he has always been independent-minded.

“The governor has her agenda and I have mine, and they are not intertwined,” he said.

During the campaign, Jennings distanced himself from the more liberal-wing of his party. He came out against requiring face coverings, vaccine mandates and other COVID-19 public health issues ordered by the state. Nearly all of which have now been lifted.

Jennings also signed onto a lawsuit filed by the Republican Party of New Mexico challenging the new congressional map approved in December by the Democratic-controlled Legislature and signed into law by Lujan Grisham.

He calls the new map, which splits Chaves County between all three congressional districts absurd and appalling.

“I might be the only Democrat that does, but I find it appalling and I will stand and say what is right when it’s right and what’s wrong when its wrong,” Jennings said.

Once he takes office, Jennings said one of his top agenda items will be to ensure city departments are properly staffed.

Efforts also need to be made, to ensure the city is getting the most for their money.

Beyond the contest for mayor, a total of five city council seats were on the ballot, all but one was contested.

In Ward 1, Christina Arnold defeated James Edwards for the open seat now held by Councilor Jacob Roebuck, who opted not to seek re-election.

Incumbents in Wards 2, 3, and 4 were each ousted by challengers.

And Robert Corn, the former Chaves County Commissioner, emerged the winner in a five-candidate race in Ward 4, for the seat occupied by Daniel Lopez.

Lopez was appointed to the council in July 2021, after then-councilor George Peterson resigned. 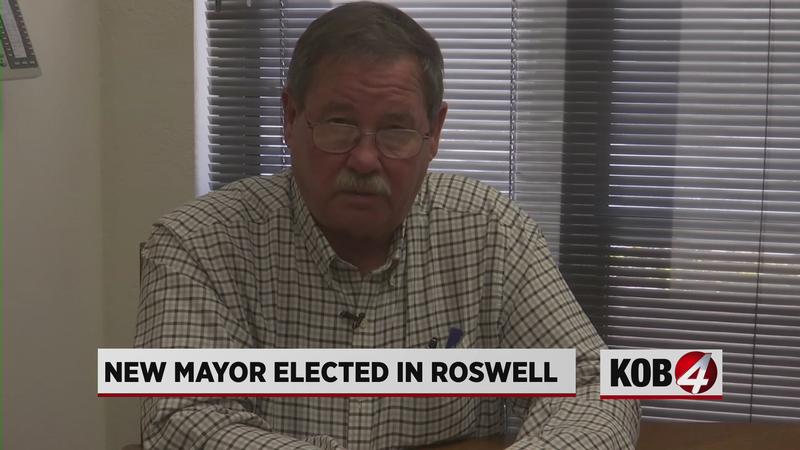