ALBUQUERQUE, N.M. — Judge Cindy Leos sentenced Jessica Kelley to 50 years, with six years suspended, for her role in the death of Victoria Martens.

Judge Leos honored a plea agreement that will put Kelley behind bars for 44 years.

Grandparents Pat and John Martens were at the sentencing. John addressed the court by stating, in part, "This is one evil person who does not belong on the street or even on this earth. We are asking that you put her away so she cannot do this to anyone else. We thank you," as he displayed a picture of Victoria and a box with her remains, with Pat at his side.

In January 2019, Kelley pleaded no contest to six charges but her sentencing was delayed due to the pandemic. 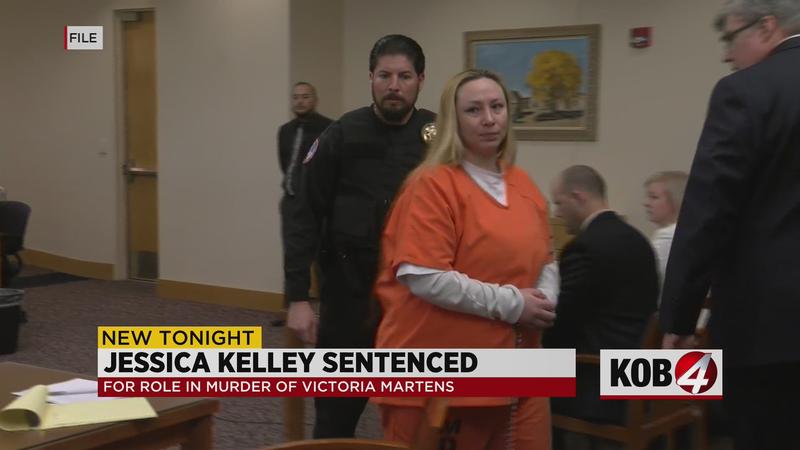 Fabian Gonzales, Kelley’s cousin, is set to stand trial in July for his alleged role in Martens’ death.