ALBUQUERQUE, N.M. – An Albuquerque judge denied a motion to reduce Justin Hansen’s prison sentence Tuesday. It has been 14 years since Hansen brutally beat Brittani Marcell with a shovel in her own home.

Marcell says the encounter caused her to lose pretty much everything, except her life, and still affects her to this day.

Meanwhile, Hansen maintains his innocence, even though his blood placed him at the scene of the crime. He was sentenced to 18 years for the brutal attack. While many say that is not nearly enough time for what he did, Hansen wants even less and has repeatedly asked for a lighter sentence.

Hansen did not appear at Tuesday’s virtual hearing. He originally argued that he wanted to spend more time with his family and be there when his oldest son went to prom and graduated from high school. 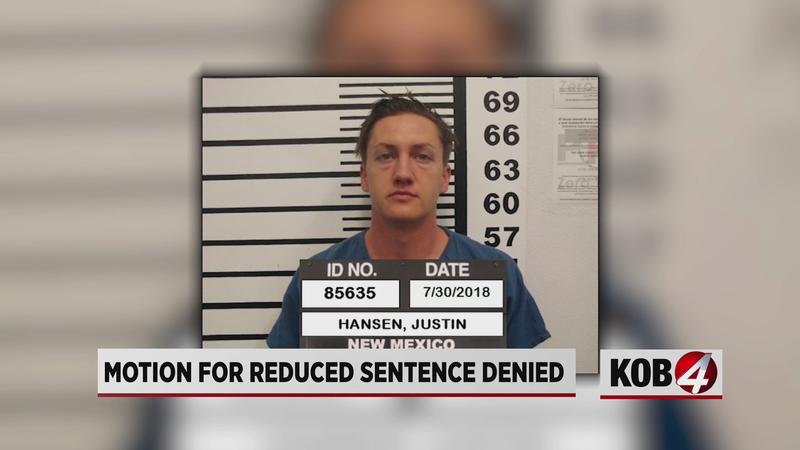 "He received a lot of vitriol from the community, a lot of anger directed at him,” she said. “Mr. Hansen, of course, he’s responsible, not his child."

Marcell was only 17 when Hansen followed her home and nearly killed her. She was on Tuesday’s call, even though she no longer lives in Albuquerque and is preparing for her 25th surgery since the attack in 2008. She told KOB 4 that fighting to keep Hansen behind bars is exhausting.

"He just gets a slap on the wrist of 18 years," Marcell said. "He should be serving a year in prison for each surgery that I have had, and that I will have, although – because this is never ending, I guess medical stuff –all of it’s ongoing."

Marcell said she was relieved by the judge’s decision to deny a reduced sentence for Hansen.

But she also said she will never fully recover from what Hansen did to her.

Marcell said she has had at least one surgery every year since the attack, including several to reconstruct her face. She has a few more upcoming operations and hopes to finally be done. Marcell’s mother Diane said she also struggles with trusting new people, especially men.

"She’s just in the past two years, she’s coming out of her shell a little bit and starting to trust coworkers, and actually going to their home for board game night or you know, cards or something, but it’s taken her this long to trust somebody, to go to their house and kick back," she said.