Judge: New congressional maps will be in effect for primary election

SANTA FE, N.M. — A state district judge is allowing New Mexico’s current congressional maps to stand, but also ruled Tuesday that a suit over the new districts can continue.

Republican attorneys asked the judge to block the maps for this election, and attorneys for the Legislature and New Mexico Gov. Michelle Lujan Grisham asked the court to toss out the challenge – which comes as the national picture for redrawn political boundaries has yet to come into focus.

The general argument is that the maps approved by the Legislature and the governor split the conservative southeast part of the state. In doing so, they dilute the Republican vote and create three districts that are likely Democratic districts. Republicans said that is gerrymandering.

Absentee ballots are expected to be sent overseas Saturday – that is "mainly and importantly" the reason why Judge Fred Van Soelen decided he’s not stopping the current election. He has only had this case for a handful of weeks.

In a pair of rulings Tuesday, he told the Legislature and the governor that he feels the court does have jurisdiction in a case like this, and because there are four full election cycles ahead for the new congressional districts – it bears closer scrutiny. 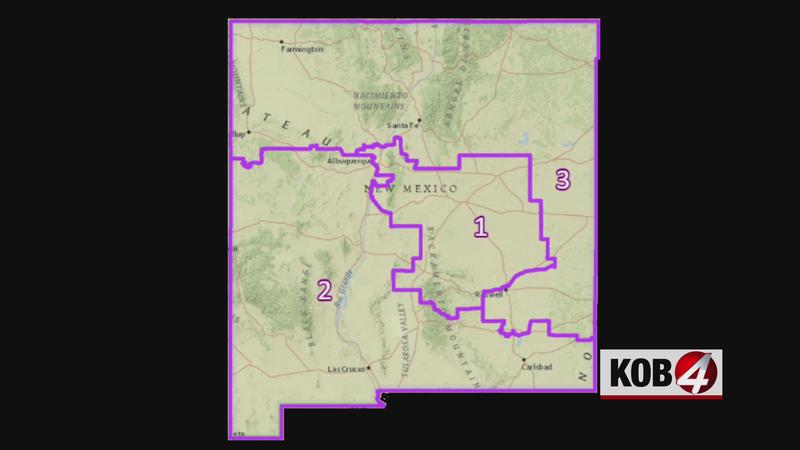 "To require a change this late in the game would bring a level of chaos to the process that is not in the public’s or the candidates’ interests," Soelen ruled. "It is simply too late to make any changes for this primary election."

Early voting at county clerk offices starts May 10 and Election Day is June 7.