ALBUQUERQUE, N.M. – The Albuquerque man accused of killing his own 2-year-old daughter won’t be getting out of jail before his trial.

Michael Garcia, 32, is charged with child abuse resulting in death.

Garcia appeared by video from jail during a virtual detention hearing Wednesday afternoon.

Prosecutors filed a motion to keep Garcia in jail until his trial, saying he’d be a danger to the community if released.

"These types of cases are the cases that rock the community,” said the prosecutor, Savannah Brandenburg. “These cases are significant in this community and several different agencies are highly affected and highly involved and to be honest have failed this little girl."

Police were called to the family’s home on San Pedro NE earlier this month and found Garcia’s daughter dead. Prosecutors said her body was covered from head to toe in burns and bruises.

During the detention hearing, Garcia’s defense attorney said if released he would live with his mother at the same house where his daughter was killed.

After hearing from both sides, Judge Jennifer Wernersbach sided with prosecutors, saying there were no conditions of release that would protect the community if Garcia was released.

"Given that I do find at this point that there are no conditions of release the court can fashion, because I don’t think it’s appropriate for Mr. Garcia to live with his mother right now given her status as at least a very relevant witness if not a co-defendant."

The medical examiner has not yet released how a cause of death for Garcia’s daughter. 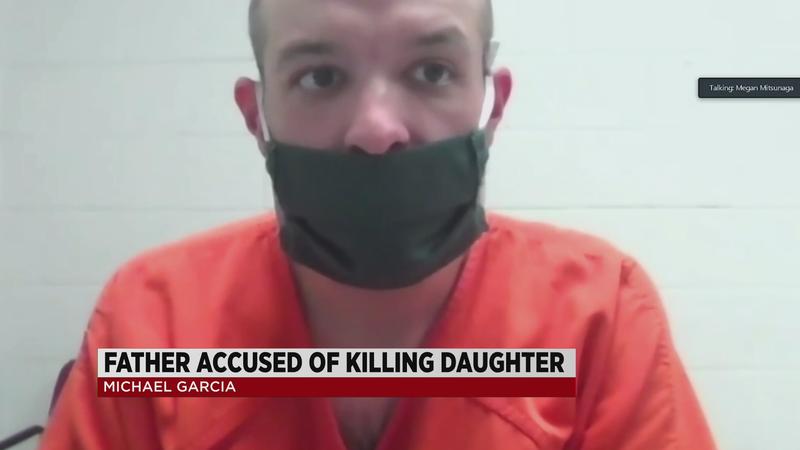