ALBUQUERQUE, N.M.- A New Mexico man accused of brutally raping a woman in 2020 was ordered back to jail on Monday.

Angello Charley, 18, was arrested in March 2021 for the crime but was released after a judge assigned him to pretrial services and put him on a GPS tracking device.

Last week, the district attorney’s office filed a motion to revoke those conditions of release after new allegations of sexual assault surfaced.

According to investigators, after being released, Charley attacked a 15-year-old girl, put his hand down her pants and dragged her into a bathroom.

Prosecutors also said he violated his conditions of release by being at the victim’s home. Additionally, Charley blew a .03 when he was not supposed to have any alcohol in his system. 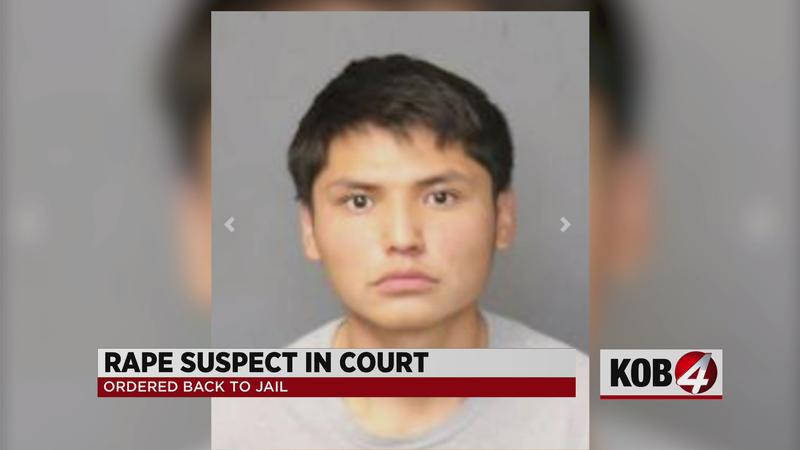 On Monday, Hon. Clara Moran granted the state’s motion and told Charley to turn himself into the Metropolitan Detention Center by 8 p.m.

"I am extremely troubled by the allegations that a defendant has had contact with a minor — an individual who is 15 and there have been three separate, possible violations involving the Soberlink device,” she said.

Moran criticized the DA’s office for not trying to get an arrest warrant for the new allegations. However, prosecutors assigned to the initial rape case argued those allegations are part of an ongoing investigation and they were not ready to press charges.

Moran said if Charley did not turn himself in by Monday night there would be a bench warrant for his arrest.

“I have enough concern based on what I heard from the detective and what I’ve heard about the violations of Soberlink, he will be remanded,” she said.