ALBUQUERQUE, N.M. — When Cowboys for Trump leader Couy Griffin was arrested for his alleged role in the riot at the U.S. Capitol, a federal judge revoked his right to have a firearm. However, on Wednesday a judge restored that right for Griffin with some limitations in place.

Griffin, who is also a commissioner in Otero County, faces federal trespassing and disorderly conduct charges in connection to the breach of the U.S. Capitol.

He was arrested back in January and held for weeks until a judge released him under the condition that he was not allowed to have any firearms.

On Wednesday, Griffin asked a federal judge to re-instate his right to have a gun, citing recent threats.

“They threatened that they were going to come to my house and burn my house down,” he said.

Griffin spoke about some of those threats at an Otero County Commission meeting in February.

“I received pictures of my family with crosshairs on each of our heads including my son who was not even a month old,” he said.

The judge ultimately sided with Griffin on the matter, restoring his right to have a firearm on the condition that he keeps it at home. In other words, Griffin will not be allowed to carry a firearm in public.

He is expected back in court later this month. 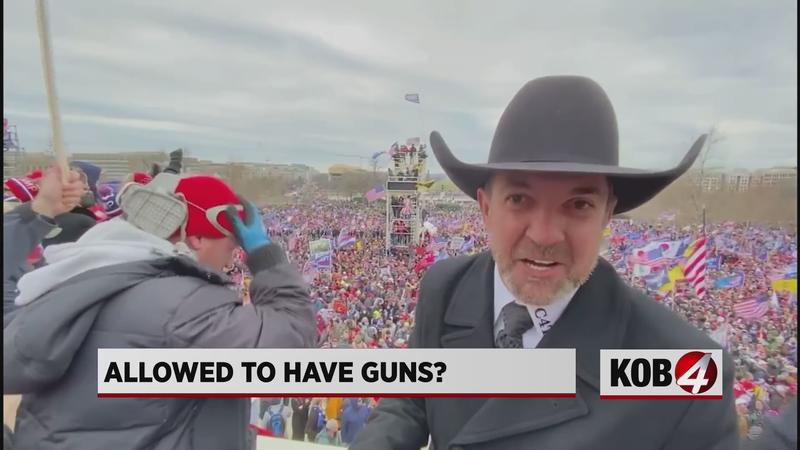