ALBUQUERQUE, N.M. — A New Mexico federal judge has denied a legal challenge to the governor’s vaccine mandate, essentially saying that the plaintiffs failed to make their case.

The attorney representing them was at the Roswell Youth Livestock Expo Friday because he said the vaccine mandate forced some children out of the New Mexico State Fair. He said the legal challenges are not over.

A. Blair Dunn is representing the mother of two daughters who wanted to show livestock at the state fair, but couldn’t because of the COVID-19 vaccine requirement.

"This is a federal lawsuit dealing with bodily integrity, first and foremost," Dunn said. "The ability of an individual to decide what’s put into their body, rather than be forced to do it."

However, a judge ruled the governor’s vaccine mandate is not depriving them of their rights because the fair is offering full refunds and there is an option to show animals in Roswell. 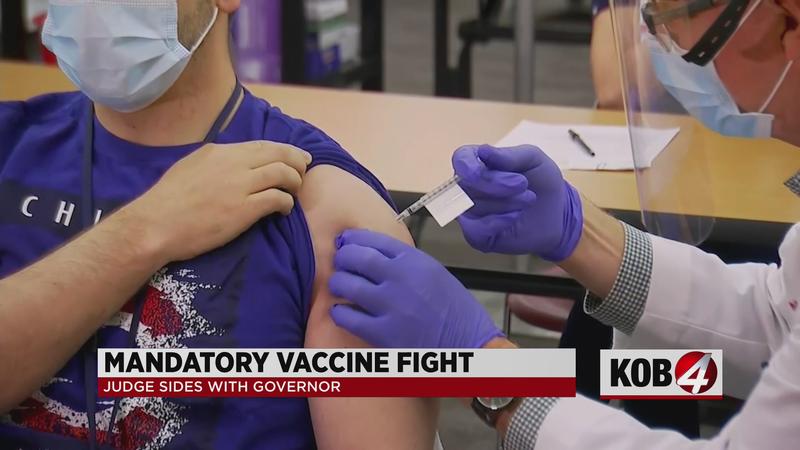 Dunn, who is also representing a nurse who is required to get vaccinated because she is a health care worker, is continuing the legal fight.

"We already filed an appeal," Dunn said. He is hoping to take his constitutional argument all the way to the Supreme Court.

The governor has been very successful with the legal challenges.

"These policies are backed by the science, they are informed by public health expertise, and they have saved and are saving lives here in New Mexico," said Tripp Stelnicki, the director of communications for Gov. Michelle Lujan Grisham.