Judge signs off on plea deals in 2019 triple-homicide case

VALENCIA COUNTY, N.M. — Two-and-a-half years, that is how long the families of Joseph Santiago, Nathan Morrison, and Darren Bernal have been waiting for justice. The three men were shot and killed at a house party back in 2019.

Two adults and one teen were arrested in that shooting. Recently, they were offered plea deals to lessen their charges and sentences. A Valencia County judge signed off on those deals Wednesday.

The families of the victims were not on board with the plea deals being offered. Up until about a month ago, they thought the three convicted men would each serve at least 20 years.

Several family members openly shared their frustration with the court, before a judge ultimately decided to release two of the men, Robert Wilson and Brandon Dowdy. They will both be on probation for 4 years and 6 months.

Anthony Williams – who was a minor when the shooting happened and is the one who pulled the trigger – will serve one year in CYFD.

The families of the victims were upset and walked out of the courtroom during William’s sentencing. They had asked the judge to extend his plea hearing and were hoping the case would go to trial.

"Judge, we asked for justice,” said Martha Ortega, Joseph Santiago’s mother. “That man right there was man enough to pull that trigger three times to murder three men. He should serve his man sentence."

The suspects claim they acted in self-defense, the night of the shooting. Both the state and District Attorney’s office said there is enough evidence to support those claims. 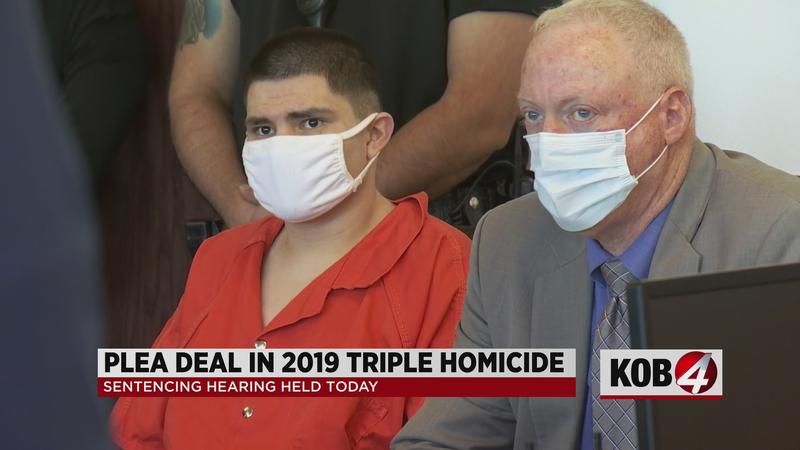 The judge defended the DA’s decision to offer the plea deals in the case. She ruled there was not enough evidence against the three convicted men to hold them for their originally proposed sentences.