ALBUQUERQUE, N.M. — Juneteenth has brought food, live music and dancing to downtown Albuquerque’s Civic Plaza. More than 3,000 people have RSVP’d to this year’s celebration and organizers have called it a success.

Juneteenth, the now federal holiday, was first celebrated in 1866 in Texas. It commemorates when slavery officially ended in the U.S.

Organizers said they wanted to create a place where people can feel safe and have fun things to do.

This year’s celebrations also mark the first year the City of Albuquerque will recognize Juneteenth as an official holiday. 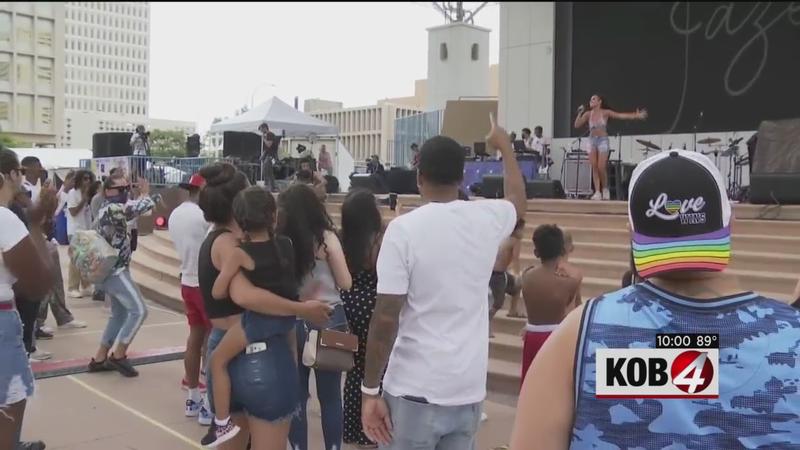 To find more information about the festival, click here.