Keller ramps up pressure on lawmakers to fight crime crisis

"I will own the City of Albuquerque’s part of the crime problem and the homeless problem," Keller said. "But, I also need every other government to own their part of the solution."

At a Greater Albuquerque Chamber of Commerce luncheon Tuesday, the mayor took perhaps his most aggressive approach leading up to this upcoming legislative session.

"If anyone says, well, we don’t have the money, that is literally not true," Keller said. "And I will tell this to every legislator, to every governor, to everyone who’s in the system. It is just financially not true this year."

The Roundhouse – propelled by a rebound in oil in gas – is looking at a record $8 billion to budget across the state. 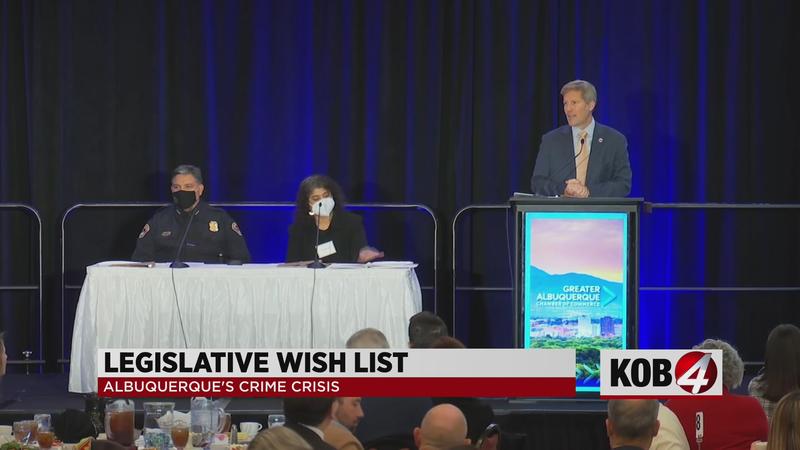 Keller’s metro crime initiative outlines the direct priorities they hope to get accomplished this legislative session, including strengthening gun crime penalties, fixing the ankle monitoring system, increasing staffing in the courts, funding for their Violence Intervention Program, and hiring more police officers – which has proven difficult.

"Our problem is less about money, it’s more about recruiting and retention," Keller said.

Recent trends show APD is losing more officers than they have added. Keller said his goal when he took office remains the same – 1,200 officers for Albuquerque.