New Mexicans were asked, "Were the COVID-19 restrictions in place in New Mexico during the pandemic too strict? Too lenient? Or just about right?

New Mexicans were also asked, "In general, how safe or unsafe do you think the coronavirus vaccines are?"

That trend line continues with income.

"There is a big class difference going on. Obviously that is an information issue, this is a trust issue," she said. " College educated people are more trusting in the system, and they are also more Democratic and live in urban areas in New Mexico." 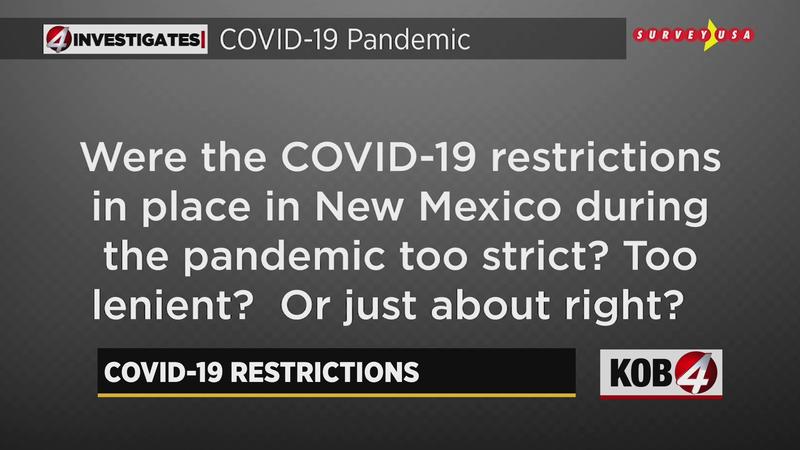 New Mexicans were also asked if they have been vaccinated.

The people who said they were not vaccinated were asked what was causing their hesitancy.