ALBUQUERQUE N.M. – The Climate Prediction Center recently released its winter outlook, which extends from December through February, and it’s showing La Niña making a return for the second winter in a row.

Temperatures will likely be above normal across the southwest U.S. and drier than normal conditions are also expected.

This spring, more than half of the state was in the worst classification of drought, D4 drought.

However, with La Nina making a return this winter, the Climate Prediction Center is also forecasting the drought conditions to worsen across New Mexico and for drought to develop in the areas that were able to bust out of it thanks to this year’s monsoon.

However, it is important to keep in mind that while La Niña does tilt the odds for a drier than normal winter here in New Mexico, it does not guarantee it. 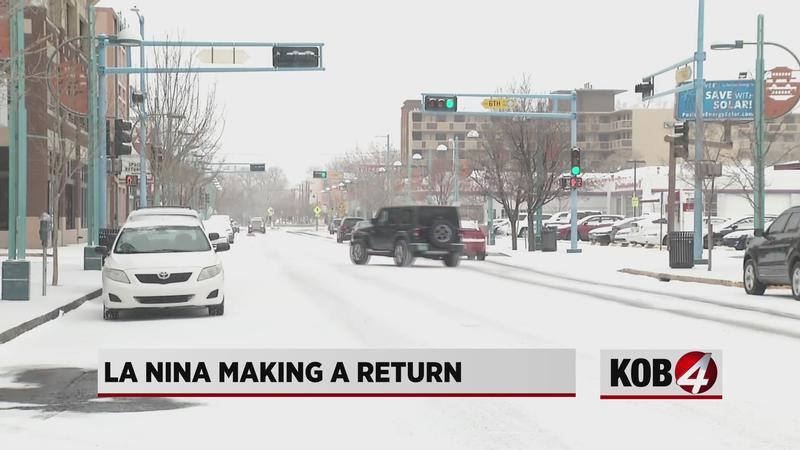