LANL scientists keep an eye on the sky

LOS ALAMOS, N.M. – A new Netflix movie has a lot of folks wondering what’s going on in space. Well, there are scientists at Los Alamos National Lab keeping an eye on things, especially asteroids.

First off – nothing is a threat right now, don’t worry, but space is continuously being monitored by experts here in New Mexico.

Planetary scientists at LANL are specifically looking for what are called, “potentially hazardous objects.”

"Those are going to be asteroids that are building size or higher and we’re looking at anything that might have an earth crossing trajectory or come close to earth,” said Caldwell.

Now, “close” in space terms is about the distance the earth travels in three days, which is about 5 million miles.

"So close is still relatively far away, but we are on the lookout," Caldwell said.

One of the many challenges of studying asteroids is that they’re just so far away, like on the other side of Mars. This means scientists are limited with earth-based measurements like telescopes.

"We use supercomputers, and here at LANL, we have some of the best in the world. They’re very fast. They can run big problems for a long time with a lot of really cool physics and we can get some great information out of them," said Caldwell.

The simulations run on these supercomputers allow them to understand things that you can’t just bring into a laboratory and study.

Studying asteroids is important for planetary defense because there are so many unknowns.

"The more we understand about asteroids, the better prepared we can be." 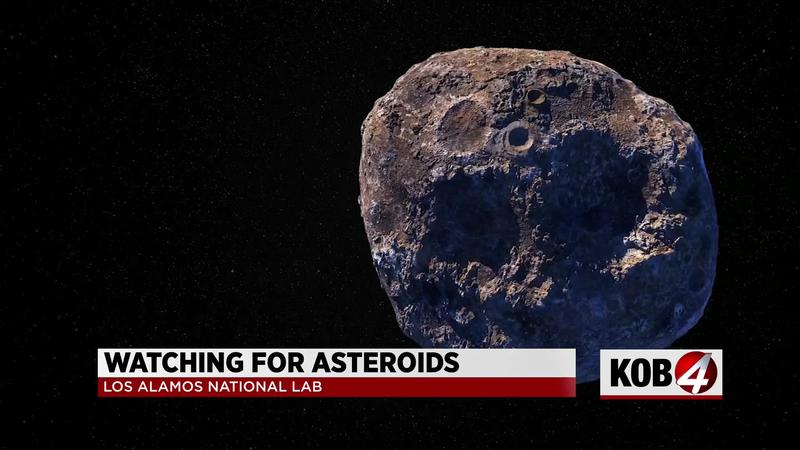