ALBUQUERQUE, N.M. — Recently released police lapel footage is giving more insight into what led up to a shooting that involved a suspect and Farmington police officers Jan 20.

In a 911 phone call, neighbors said 46-year-old Humberto Vasquez broke into their apartment and threatened them with a gun.

When officers arrived at the scene, Vasquez was barricaded inside his apartment where he started breaking out windows.

Vasquez’s family members and police officers attempted to calm him down, but soon afterwards police said Vasquez tossed a gun outside then subsequently doused himself and his apartment in gasoline.

The surrounding apartments were evacuated.

After that, police said Vasquez threw a Molotov cocktail at officers. That’s when officers fired their weapons, hitting Vasquez in the stomach.

Vasquez was transported to a local hospital then booked into the San Juan County Detention Center where he still remains.

"Based on the facts we now know, the officers actions were within policy and training. The Farmington Police Department is committed to be as transparent as we can and critical incidents such as this,” Chief Hebbe said.

Police discovered a third Molotov cocktail and two homemade explosives inside Vasquez’s apartment after the incident.

Vasquez reportedly has a history of mental illness. 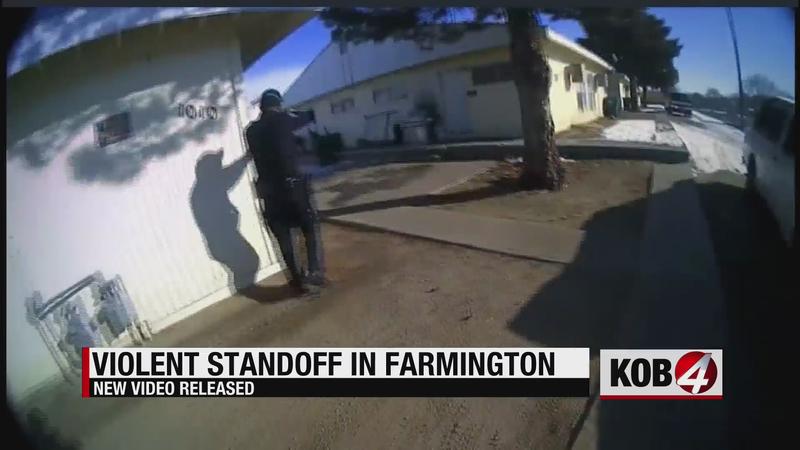