EDGEWOOD, N.M. — KOB 4 is getting a peek inside the Walmart in Edgewood following the massive fire last year.

Back in November, police said they were actually called out to issue some trespass notices.

Around the same time, a number of fires were set throughout the store. Those fires caused so much damage that the Walmart was closed for weeks.

According to police reports, those fires were apparently set as a distraction by some shoplifters. The distraction didn’t go as planned – the alleged shoplifters left empty-handed.

After fire crews were done with it, the Walmart was completely flooded. Edgewood police surveyed the damage, walking through the aisles. The toilet paper and paper towel aisles were destroyed.

“When I saw the fire, I was going in telling people you need to leave there’s a fire,” a store employee said to police.

Police were originally called to the store to issue trespass notices to two men, identified by store staff as having shoplifted previously. Right outside, customers flagged officers down again.

“That girl, right there, in the blue sweater, there was a fire inside they told everyone to leave, they ran out with that basket full,” said a customer to police after witnessing a woman shoplifting.

Officers were unaware at the time, when they responded to that report that they were in the right place talking to the alleged suspects, according to documents.

“I just got done purchasing this,” said Leila Williams, a woman caught with a basket full of Walmart items. 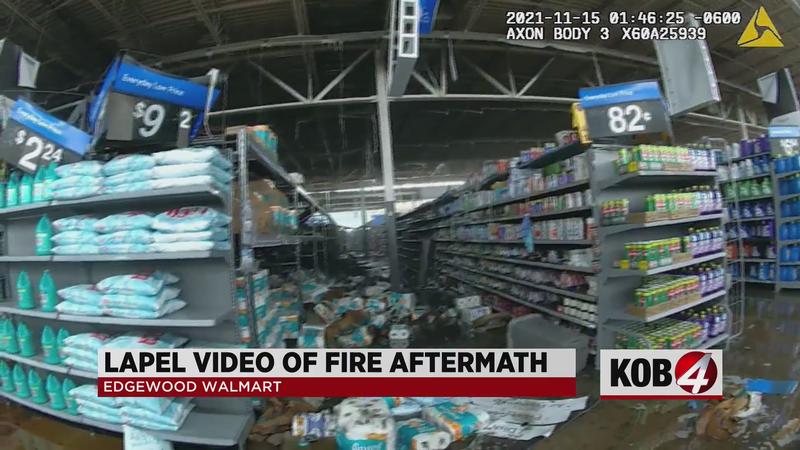 “Let me see that receipt,” said the officer approaching her.

She ended up giving all of the items back to officers.

Investigators later learned that the woman she was with, Jessica Campbell, was in the store with her, allegedly starting fires as a distraction.