ALBUQUERQUE, N.M. – Lapel video shows the interaction between state Rep. Georgene Louis and a Santa Fe police officer. She was pulled over for speeding 17 mph over the posted limit.

Louis was booked into a Santa Fe County jail around 6 a.m. Monday on an aggravated DWI charge. Louis was also charged with speeding, driving without insurance and failing to show proof of registration.

According to the police report, Louis was reportedly driving 62 mph on St. Francis near San Mateo – an area where the posted speed limit is 45 mph. She pulled over nearby at Siringo and Calle Navidad.

"I asked Ms. Louis what was the reason for driving so fast," the officer wrote in the report. "Ms. Louis indicated that she just wanted to go home. She admitted consuming two or three alcoholic beverages (vodka) before driving, about two hours before the stop."

Lapel video shows Louis attempting field sobriety tests, but frustrated by being made to do them.

The officer said Louis failed a field sobriety test and blew a .17 – more than double the legal limit.

Before being booked into jail, Republican state Rep. Ryan Lane, R-Aztec, showed up to the station, attempting to provide temporary counsel:

“Concerning the arrest of Georgene Louis, I received a call early Monday morning from Georgene who asked me to come to the Santa Fe Police Department, as she needed help and needed an attorney because she was being booked for a DWI. I drove to the station and spoke with the arresting officer, who let me know that they were no longer questioning her, and I did not think my services were needed. I responded to Georgene’s call for the purposes of possible limited legal representation, and also as a friend. I do not represent Georgene Louis in this case and any questions about this case should be referred to her legal team.”

After her arrest, Louis was released from jail Monday afternoon and arraigned. She pled not guilty.

Louis is the chairwoman of the House Government, Elections and Indian Affairs Committee. She did not show up Tuesday morning, forcing someone else to chair the committee in the last week of the legislative session.

Louis has not resigned from her seat, despite pressure from state Republican leaders. She is the third state lawmaker in recent years to face DWI charges, following Richard Martinez and Monica Youngblood.

Louis is expected back in court in mid-March.

“We are aware of this developing situation and it is important that we let the judicial process take its course. In the meantime, the legislature will continue its critical work over the next 4 days. As friends and colleagues, we are equally concerned about the wellbeing of Representative Louis and her family in this difficult time.”

An attorney for Rep. Louis shared the following statement with KOB 4:

"I am sorry and I deeply regret my lapse in judgment. I know I let so many people down. I am accepting responsibility for my mistake. I am prioritizing my health, and I will work hard to regain the trust of my constituents, my community and my family.” 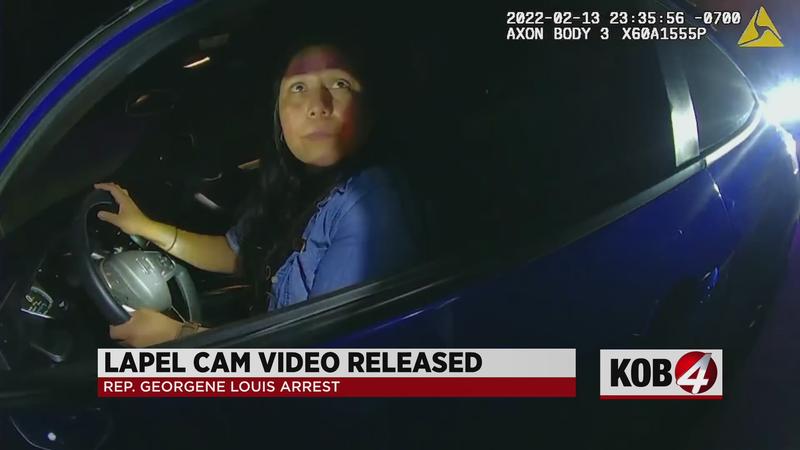