ALBUQUERQUE, N.M. —Police body camera footage is revealing more details about what happened after an off-duty Cuba police officer allegedly caused a double fatal accident while he was drinking and driving.

BCSO deputies said Brandon Barber was driving the wrong way on I-25 when he collided with a GMC Yukon SUV. Two people died, and a third victim is still fighting for his life.

Deputies are heard asking Barber about what happened that night in an effort to piece things together.

"Do you mind answering some questions?" a deputy asked.

"Not at the moment," Barber said. 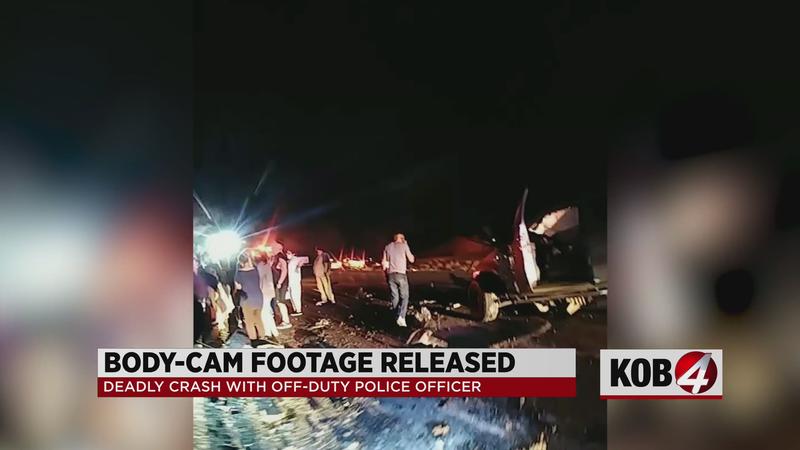 "You don’t want to answer questions at the moment? OK," the deputy said.

Prosecutors tried to keep Barber in jail until trial, however a judge ruled that he is not a danger to the community. Barber also received another DWI back in 2016.

Investigators said the third injured victim, 21-year-old Fernando Arellano, was initially believed to be brain-dead, but Sunday they said his condition is improving.

While he has not been able to speak with investigators yet, a BCSO spokesperson said he’s still in serious condition.