ALBUQUERQUE, N.M. – We’re seeing more of the moments that cost a former Albuquerque police officer his job. Lapel camera video shows the aftermath of a serious ATV crash in northwest Albuquerque in May 2021.

The crash involved former officer Donald Correia and his wife. Correia was charged with DWI, tampering with evidence and negligent use of a deadly weapon following the crash.

APD lapel camera video gives new insight into the crash and the investigation.

On May 29, Albuquerque police officers met Donald Correia near his northwest Albuquerque home. The video shows he’s got fresh clothes on, but he’s bleeding from his head following an ATV crash.

A witness described seeing the ATV going way too fast. Correia’s wife was reportedly driving when she lost control.

“A couple zipped by. I don’t know how fast an ATV goes, but I assume it was going as fast as it can go,” said a witness.

The witness said the couple crashed into a wall and was thrown. That witness reportedly rushed over and took action to save her life. But they said Correia was acting strangely – gathering up his things before checking on his wife.

"He walked over and started trying to grab his wife and pull her up saying ‘let’s go, let’s go’ I yelled at him and said ‘you’re going to kill her, she could have a spine injury don’t touch her, don’t move her.’ So he said ‘okay just help me flip the ATV.’ So I helped flip the ATV and he took off,” the witness said.

Correia’s wife was rushed to the hospital – he refused to go. After an investigation, police charged him with DWI. Both the witness and officers said they could smell alcohol on him.

"The witness smelled an odor of alcohol,” said an officer. “Which I just did too."

Correia was also charged with tampering with evidence for moving the ATV and negligent use of a deadly weapon for reportedly being armed while under the influence. Correia denied having a gun.

But officers said they did find one on the scene.

Court documents show Correia took a plea deal in the case earlier this month. He pleaded guilty only to the charge of tampering with evidence.

The DWI and weapon charges were dropped. The agreement lays out a deferred sentence, requiring Correia to complete six months of probation. 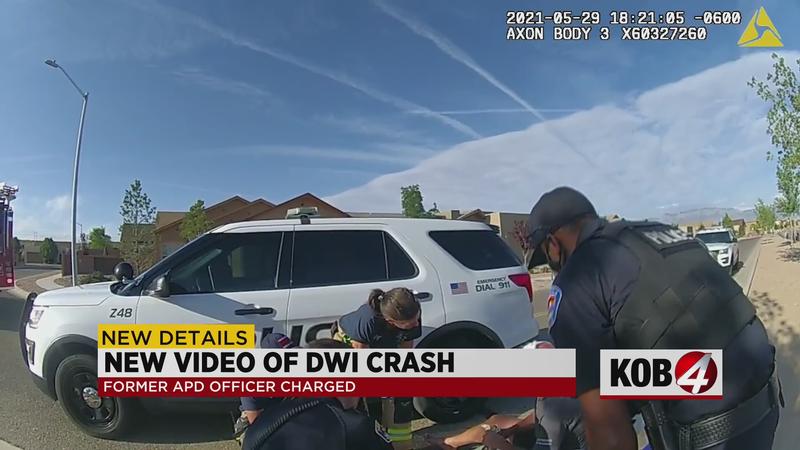