VALENCIA COUNTY, N.M. – Kiria Milton is in jail because investigators said she killed her one-month-old son in Valencia County this week.

Now, the public is getting a better idea of what kind of help was offered to Milton when she called 911 last week, saying she was worried she might hurt her children.

Sheriff’s investigators responded to her home after she called for help. Later that same day, while Milton underwent a mental evaluation, and her husband met with deputies and a CYFD investigator at the sheriff’s office.

"Me and her love each other like crazy. I know she’s going through her own thing, the bipolar stuff and the PTSD, I don’t understand it,” said the father.

The video showed Milton’s kids and a deputy discussing the situation with the CYFD investigator.

According to the sheriff’s office, the CYFD investigator completed an assessment and arranged for the children to go home with the father. Things appeared to be going well, with no one expecting the situation to end the way it did. Shortly after, a sheriff’s detective followed up with the same CYFD investigator.

“Did you guys do a parenting plan? Or a safety plan?” said the deputy in the lapel video.

CYFD Investigator: “No. Not right now, ’cause mom is not in the household. So we’re waiting ’til mom gets out ’cause she was admitted."

Deputy: "Okay, so you guys never did a safety plan on that?"

Deputy: "OK. And you’re waiting until mom gets out?"

CYFD Investigator: "Once mom is released, then we’re going to have a family-centered meeting and have other family as well attend to make a plan. Because mom is not allowed to be with the kids alone. And dad knows that, too."

Investigators say Milton’s husband was working out of town Monday when Milton called 911 again, this time saying her 1-month-old baby was dead.

Milton is charged with first-degree murder. Her 4-year-old child has been placed in CYFD custody.

But there’s been a lot of back and forth between deputies and CYFD on this case. They told KOB 4 different things about who could have taken custody of the children.

On Monday, Nov. 15, when the baby died, a CYFD spokesperson told KOB 4 the department can not take custody of a child unless law enforcement requests it. They also claimed deputies decided to give custody to the kids’ dad.

However, on Tuesday, Nov. 16., a Valencia County Sheriff’s Office spokesperson said CYFD made that decision – and the department never recommended law enforcement put a 48-hour custodial hold on the kids.

A state statute, regarding taking children into custody, said law enforcement can take custody if there are reasonable signs of abuse or if the living condition is dangerous.

But in the lapel video, the home was in good condition – and no signs of abuse. That’s why CYFD was brought in to evaluate the family. 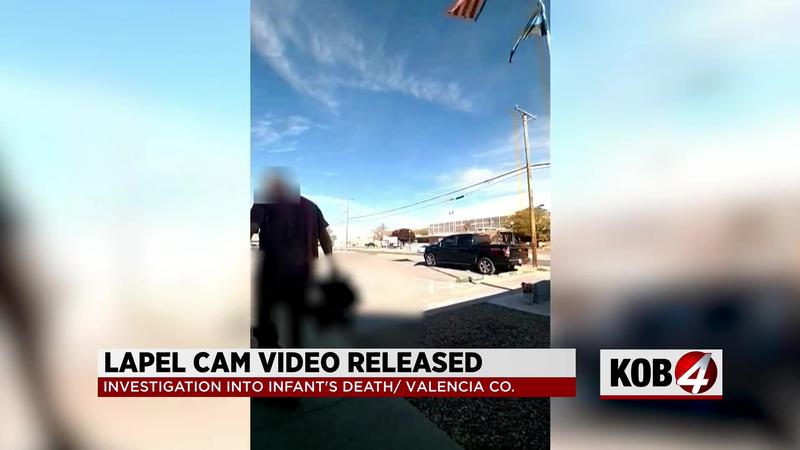