ALBUQUERQUE, N.M. – A violent crime spree came to a violent end last month on I-25 near Belen. Raphael Marquez was a suspect in a couple of recent homicides, kidnappings, burglaries and shootings.

Lapel and dash camera video show the pursuit and shooting that killed him. It all started with a simple pursuit, but turned into something much more.

Dash cam and lapel camera video showed officers chasing a suspect in two homicides and a violent crime spree late last month. During the pursuit, Marquez was driving the wrong way on I-25, near Belen, when a state police officer used a pit maneuver to get him to stop. Marquez’s truck rolls over.

"Driver come out! Come out with your hands up,” said Joshua Perea, APD officer.

Marquez emerges from his pickup truck, then appears to point something at an officer.

Marquez was shot multiple times and died at the scene.

It took several days for investigators to reveal that Marquez was the man killed in the I-25 shooting – and that he was the suspect in both a Christmas Eve homicide and a homicide at a northwest Albuquerque massage business, as well a series of burglaries and shootings.

"In a way we were robbed as a community of getting more answers as to what he had done," said Medina. 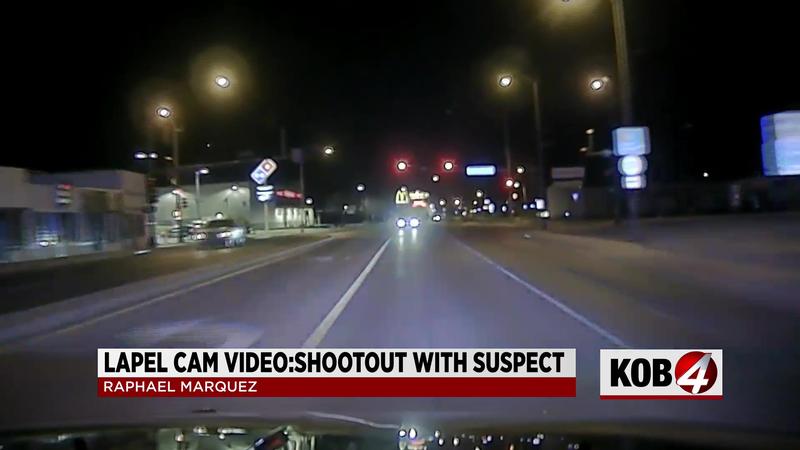