Jorge Rivera-Ramirez is one of two young men accused of shooting and killing Sihiu Fang, the owner of a local massage business, in late January.

Officer 1: I was just going to give you a warning to let you know that I couldn’t see your license plate, but now I see you don’t have one and that’s illegal.

Rivera-Ramirez: ‘Cause I always get pulled over for it, I’ve been waiting for the MVD…

A second officer arrives on scene.

Court records show Rivera-Ramirez was ultimately arrested, but eventually released from the Metropolitan Detention Center on Jan. 18. The court issued a bench warrant on Jan. 24 after he failed to report to pretrial services. 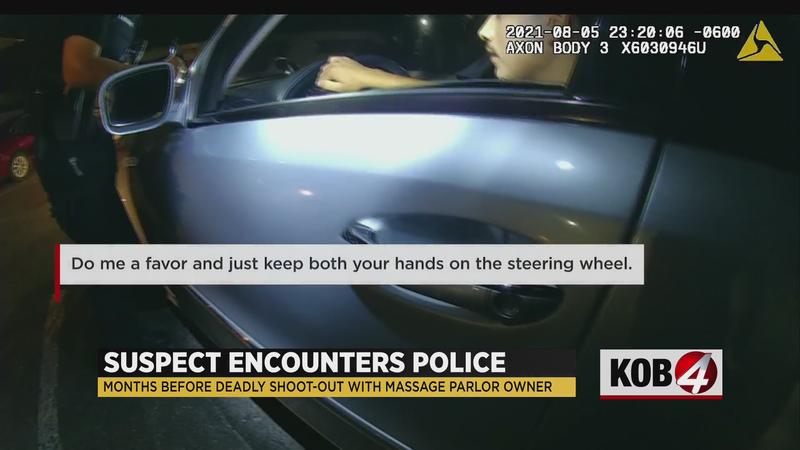 Coincidentally, that was the same day of the fatal armed robbery at Wonderful Massage on Menaul. Police said Fang fired shots toward one of the robbers, Rivera-Ramirez, hitting him several times before she died. He was taken to the hospital.

Rivera-Ramirez’s alleged partner in crime, 18-year-old Juan Carlos Hernandez, was arrested days later in Texas. Hernandez is due in court next week.

According to APD, Rivera-Ramirez is still in the hospital.