ALBUQUERQUE, N.M. – AFR crews responded to a house fire near I-40 and Coors around noon Friday.

Fire rescue crews responded to 5915 Quail Rd. NW where they found an out-of-control house fire. Crews employed a ladder truck to fight the fire as the flames were too large to fight from the ground.

Fire officials said flames were coming out of the second story of the abandoned building.

At least eight engines responded to the scene. There were no reported injuries. The fire is still under investigation. 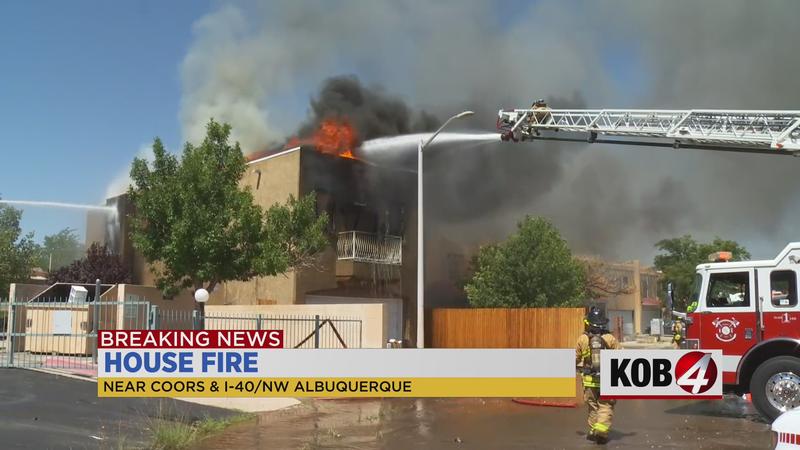