ALBUQUERQUE, N.M. — The last group of Afghan refugees temporarily housed at Holloman Air Force Base left Wednesday, according to the Department of Homeland Security.

The refugees had been stationed there following the decision to pull troops from Afghanistan late last year – leading to mass evacuations as the Taliban regained control of the country.

“With the completion of operations at Holloman AFB, we have now helped more than 66,000 Afghan evacuees begin their new lives in the United States,” said Robert J. Fenton, Jr., senior response official for Operation Allies Welcome. “I am grateful for all the federal staff, servicemembers, volunteers, and local partners who have participated in this historic effort and for the countless Americans who are welcoming our Afghan allies into their communities.”

There are still 9,000 Afghan refugees temporarily housed at four other military bases across the U.S. at this time.

As of Jan. 27, the U.S. has welcomed more than 76,000 Afghan refugees to the country through Operation Allies Welcome. 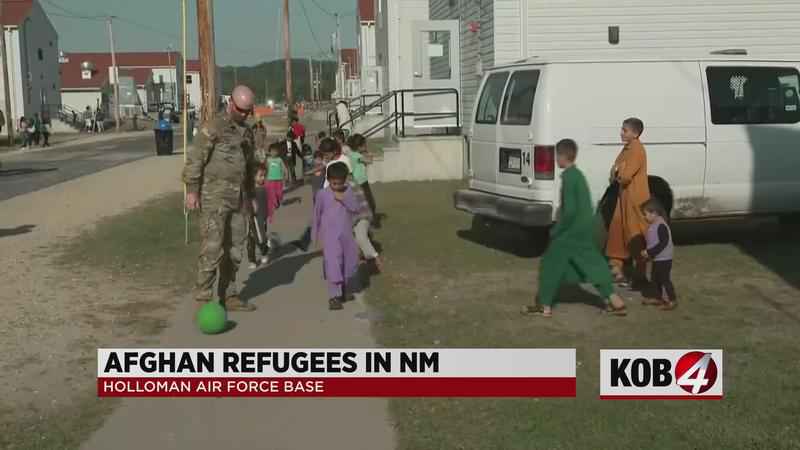