ALBUQUERQUE, N.M. — Law enforcement leaders addressed a string of DUI incidents they saw over the weekend, including one accident that involved an off-duty Cuba police officer.

On Saturday, BCSO deputies responded to a double-fatal accident caused by a Cuba police officer who was drunkenly driving on the wrong side of I-25.

"And what we need to take away from it is how do we advocate for greater DWI accountability,” he said.

According to court documents, three men in a GMC Yukon with Colorado plates were driving southbound on I-25. The driver and passengers were identified as Fernando Arellano, Diego Arellano, and an unidentified man.

BCSO said Cuba police officer Brandon Barber was driving north in his Ford F-150 in the southbound lanes. His front headlights were also turned off.

"He is a Cuba police officer. He had a prior arrest for DWI and now this is his second incident,” Gonzales said.

Barber is now facing homicide by vehicle charges after Diego Arellano and the yet-to-be identified man were pronounced dead at the scene. BCSO deputies said they found a half empty bottle of liquor in Barber’s vehicle, and that Barber smelled of alcohol.

Barber’s first DWI was in 2016. According to a metro court spokesperson, Barber pleaded guilty and successfully completed the First Offender Program, which includes one year of supervised probation, having an ignition interlock installed in his vehicle, random drug and alcohol testing, community service and $800 in fines.

This wasn’t the only wrong-way DWI crash over the weekend, BCSO said.

"It’s scary. I did feel helpless because I wasn’t in my patrol unit to try to stop this vehicle,” said BCSO Detective Paul Jessen.

Detective Jessen was off-duty Saturday when he witnessed a driver, later identified as Lashea Harris, swerving in and out of traffic.

"She went into wrong lanes of travel at Coors and Irving where she then crashed into—head on—into another vehicle,” Jessen said.

No one was seriously injured during the crash.

BCSO said Harris was one of at least 22 DWI arrests from Friday through Sunday.

Another fatal crash shut down I-40 Sunday morning after a wrong-way driver was killed. Police haven’t said whether alcohol was a factor in the crash.

"Summer is coming up and the warmer weather is out there. We’re going to have more people on the streets,” Sheriff Gonzales said.

As Bernalillo County loosens its COVID restrictions, more people are expected to be on the roads.

"Make sure that you have a plan and formulate so that we’re not putting this community in that situation to continually live through these tragedies,” he said.

As for Barber, who is behind bars Sunday night, Gonzales said his life will change forever, too.

"What I’d say is there’s probably a great chance that this individual will never be in law enforcement again,” he said. 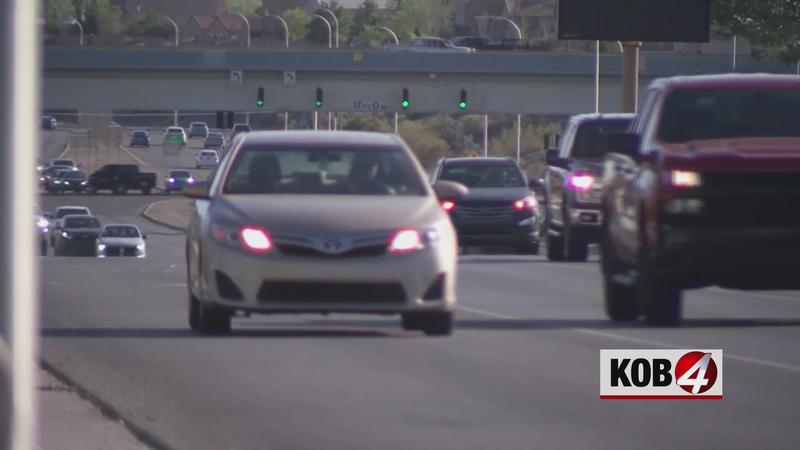