In September, the KOB 4 Investigates team exposed a major backlog of more than 100 police misconduct cases at the New Mexico Law Enforcement Academy, which currently facilitates disciplinary action against an officer’s license. State records reveal the misconduct cases span everything from sex crimes to allegations of excessive force.

Farmington Police Chief Steve Hebbe said the backlog created a troubling scenario: “What we’re seeing is you still have officer that their departments don’t believe they should be officers in New Mexico anymore … and they still are.” 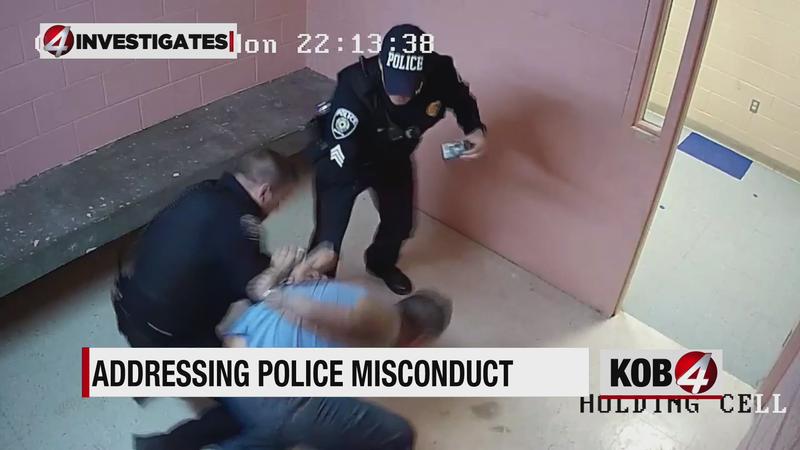 Rep. Maestas is pushing House Bill 286, which would streamline the state’s process for holding officers accountable if they are accused of serious misconduct. It would also revamp who has the authority to revoke an officer’s license.

“We want to put the misconduct investigations in another agency. This bill proposes sending it to the Department of Licensing and Regulation – it may go to another agency – but I think everyone agrees that we need to move it from the Law Enforcement Academy,” said Rep Maestas.

However, not everyone is on board. Albuquerque Police Officers Association president Shaun Willoughby spoke against the bill in a committee hearing.

“The Law Enforcement Academy Board does this work because they’re law enforcement professionals. How are you going to identify conduct if you don’t know how a police officer is trained?,” said Willoughby.

“Investigating misconduct cases needs to be revamped, so that it’s streamlined, so that these officers get resolution quicker, and that we can, you know, hold those officers accountable that crossed the line with the rest of misconduct,” said Rep. Maestas.

HB 286 now moves to the House Judiciary Committee. The bill’s sponsor is hoping for a vote on the House Floor as early as next week.