ALBUQUERQUE, N.M. — A handful of bills have cleared the chambers they originated from as lawmakers reach the halfway point of the legislative session.

On the House side, 26 out of 290 bills have cleared and are heading to the Senate. Some of those bills include the New Mexico Civil Rights Act, legislation that would outlaw discrimination against hairstyles, and an omnibus tax bill.

The first piece of legislation to be signed into law is expected to be on the governor’s desk Friday after House lawmakers take a vote on it. Senate Bill 10 will repeal language that criminalizes abortions in New Mexico.

Many lawmakers are weighing in on how the virtual session is working out so far. Democratic lawmakers said public participation is through the roof, with more than 6,100 people joining Zoom calls to participate or watch committee meetings.

“I’ve never seen that many members of the public come into the building on any given day to attend committee meetings—even half that number. You don’t see 300 people on an average day in committee meetings,” said State House Speaker Brian Egolf (D-District 47).

“Our constituents are unhappy and incapable of participating in the legislative session in what they think is a meaningful way,” said House Majority Leader Jim Townsend (R- District 54).

During the second half of the session, lawmakers are expected to give more attention to the state budget, debate COVID relief bills, and debate when students can finally return to the classroom. 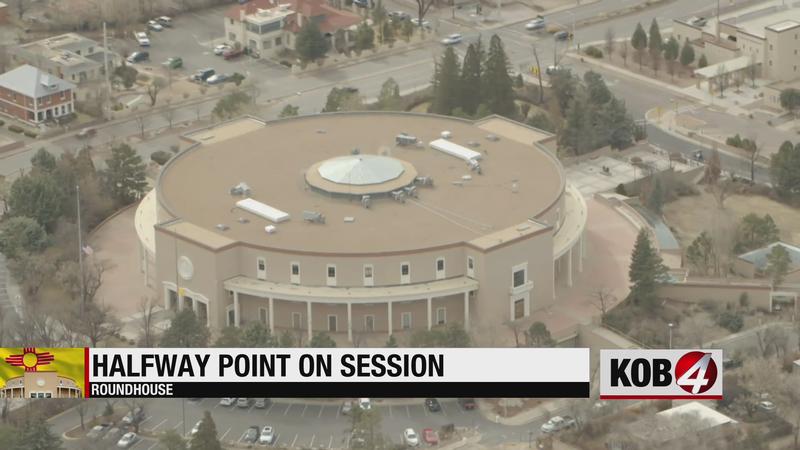