ALBUQUERQUE, N.M.- A criminal case caused a prosecutor in San Miguel County to question the impartiality of a judge who was serving at the time.

"The misconduct really that is at the heart of the lawsuit is the termination of bringing this matter to the attention of a public employer," said Lei Monale, who is representing Murray.

During a criminal case, documents say Murray was prosecuting a defendant, who Judge Baca had represented in the past, during his time as a private practice attorney. 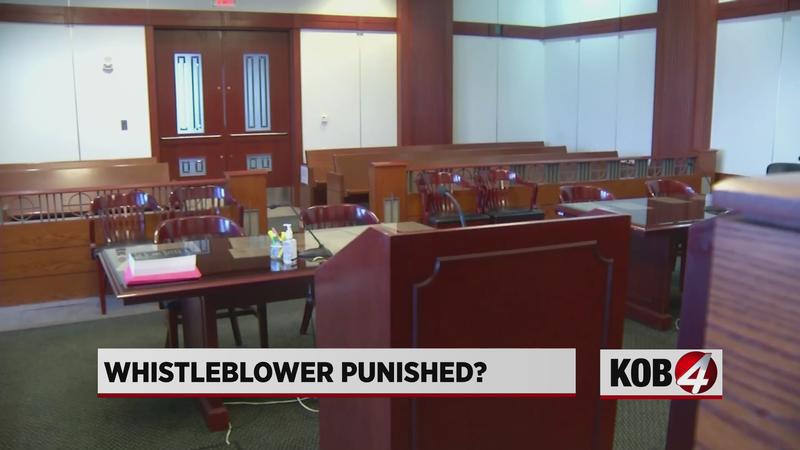 When he didn’t, her concern went up the ladder to Richard Flores, who was district attorney at the time, and Deputy Chief Thomas Clayton.

Documents say Murray was told "it was the policy of the office never to recuse Judge Baca."

"All these men had been in private practice as attorneys in Las Vegas for a number of years before Judge Baca, the judge in this case, ascended," Monale said.

Murray continued to voice her concerns, and she was eventually fired.

Court documents allege Murray wasn’t given a reason why she was fired.

"New Mexico, in general, and parts of northern New Mexico, including San Miguel county, have a reputation for this kind of inside baseball as far as elected officials are concerned," Monagle said. "That was a serious concern to Ms. Murray that I think should be a concern to all New Mexicans interested in good governance."

Murray wants her job back and money that she lost, as well as an opportunity to expose much bigger community issues.

Judge Baca is now on the New Mexico Court of Appeals. While he is mentioned in the lawsuit, he is not the person being sued.

KOB 4 reached out to the Fourth Judicial District Attorney’s Office for comment on the lawsuit, but did not hear back.