ALBUQUERQUE, N.M. – Folks continue to be frustrated with speeding along Lead and Coal in Albuquerque. KOB 4 learned that there’s a delay for new technology meant to help that corridor.

For years, neighbors have begged for real change, saying it’s long overdue. Depending on who you ask, help is coming. But many say it’s not soon enough.

People who live out there say speeding is just part of the problem. Cars are also running red lights. On top of that, folks say there seems to be no real consequences for those breaking the law. They believe that should be the starting point.

“It’s really, it’s really sad. I worry a lot of times, I’ve done other things with the news media, and I sit in my living room wondering, is a car going to come through? And nothing has been done,” said Tom Simic who lives at Carlisle and Coal.

A little over a week ago, a pedestrian even lost their life at Coal and Tulane. Harold Hollis said he passed right by it.

“It was just upsetting to me. I called Tom and he came out and we walked across the street and I saw, what I’m assuming was the victim’s shoe, lying on the sidewalk, on the south side of the street,” said Hollis, a resident who lives nearby. “It’s just very upsetting.”

This is far from the first time KOB 4 talked about those dangerous streets. But people who live there are still waiting for answers, wondering what more it could take.

“I think one of the biggest factors is people know that the likelihood that they’re going to be stopped for speeding is just not there. They just do it. They’re always pushing the lights,” said Hollis.

City Councilor Pat Davis believes there is a solution on the way. He is dedicating resources to a new traffic signal called “Rest in Red.”

“The way this technology works is that instead of the light being green as you approach it’s red for everybody unless you’re following the speed limit. If it picks up that you’re driving the speed limit or under, you get a green light,” said Councilor Pat Davis, when we talked to him about the technology in September.

The new signals were supposed to be up by the end of the year. But has been pushed back due to significant shipping delays. City officials couldn’t give a new timeline.

“More people who live along the Lead-Coal corridor, they need to call the councilman, call the mayor and keep calling until something is done. I’ve been living here on the lead-coal corridor for 15 years now and nothing has changed,” said Simic.

Another possible solution is the red light cameras. That has been passed and signed into law by the mayor, but city officials say they are still in the policy making stages. After that, they will move forward with acquiring the devices.

Then people could find out if that would be viable for that area. Officials are hoping for an early 2022 rollout.

As for enforcement in the area, KOB 4 reached out to APD. A spokesperson said the Traffic Division patrols those areas when they can. Since the beginning of the year, they’ve issued 193 citations along the Lead and Coal corridors, according to a spokesperson. 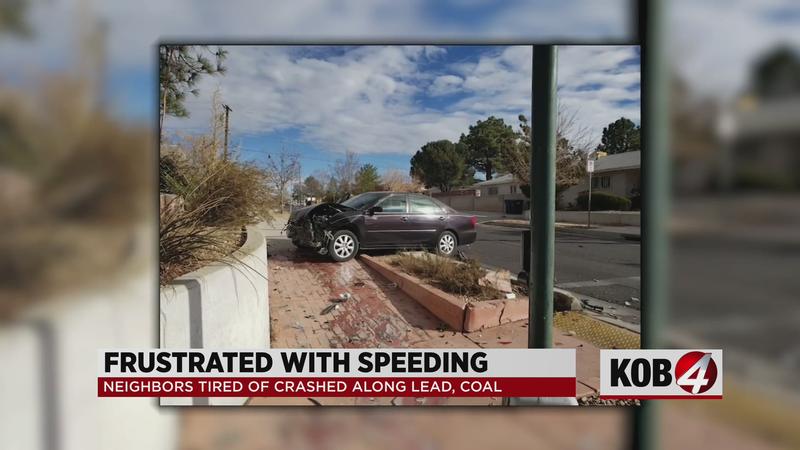