ALBUQUERQUE, N.M. – As the legislative session starts next Tuesday, family members who’ve lost loved ones to violence are meeting about what crime bills they’re backing this year.

Albuquerque reported a record number of homicides last year. That’s why Gov. Michelle Lujan Grisham is making public safety a priority during the 30-day session. And a local advocacy group will be at the Roundhouse – fighting for change.

“We’re trying to really band together as victims because we’ve lost our children, we’ve lost our parents, our loved ones to show our leaders that we’re not going anywhere. Unfortunately, our numbers have grown and grown and we just cannot ignore crime anymore in this state and something needs to change,” said Nicole Chavez, co-founder of Robbed.

Chavez co-founded Robbed after losing her son to gun violence. 17-year-old Jaydon Chavez Silver was shot and killed during a drive-by shooting at an Albuquerque house party in 2015.

Since then, she’s become a prominent advocate for change in the community. This legislative session robbed is backing bail reform.

“To keep the most violent criminals behind bars until they stand trial. So that’s going to be any of those violent crimes on any crimes using firearms or anybody that’s been let out on bail and has another crime during that then they need to be held,”said Chavez.

Chavez is also supporting a bill that would increase the sentence for second-degree murder. And she hopes Gov. Michelle Lujan Grisham will put the three-strikes bill on the agenda, something Chavez has been fighting to get passed for 6 years.

“If you’re committing your third violent felony, so killing somebody for the third time we really think that you should be held without parole on a life sentence. I mean, this is the third life you’ve taken. Every year we know that dies or it only gets through one committee but we’ll still fight for that again.”

Chavez and members of Robbed also plan to oppose a bill this year.

“And that is that second chance bill for murderers to get an automatic parole hearing at 15 years if they were sentenced as a juvenile.” 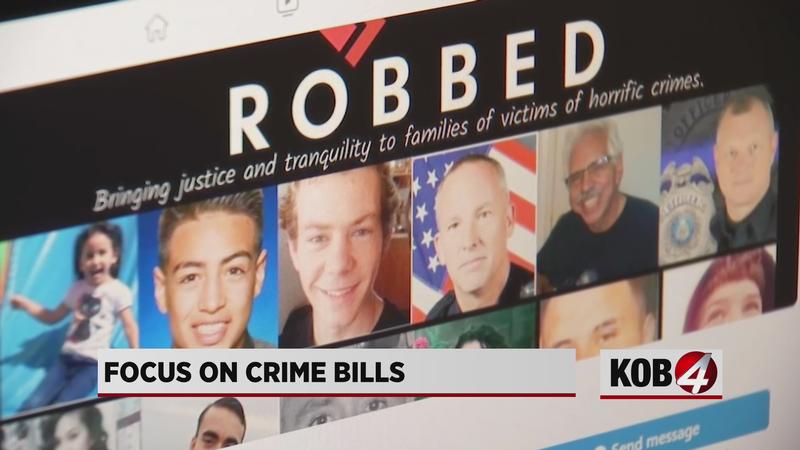