ALBUQUERQUE, N.M. — Judge Cindy Leos ruled to keep Daniel Drake behind bars until trial Monday. He cut off his GPS ankle monitor on Dec. 28, and police arrested him Feb. 1.

He has been in and out of jail since 2014 and was on the city’s original Metro 15 offender list.

"He was on the highest level of supervision with GPS monitoring and that didn’t even last ten days until he had a violation,” said Leos.

Albuquerque Police Chief Harold Medina spoke to KOB 4 after Drake cut off his ankle monitor in December, disappointed that his officers were facing obstacles trying to get suspect GPS data.

"The frustrating part is he cuts the ankle bracelet off and we are once again having to go through the loops producing paperwork and getting subpoenas to get the historical data of where this person was on a GPS monitor over the past few days," said Medina.

State Rep. Marian Matthews of Albuquerque tried to address the chief’s concern during this legislative session.

She edited House Bill 5 last week to try and make the GPS data available to law enforcement, district attorneys, and public defenders. It would also require notification to law enforcement about monitoring violations.

"The goal always was to find some ways to improve this pretrial detention system we have,” said Matthews. "We want this system to work. And in terms of working, that means the people that are getting released and the monitoring process has to be consistent with public safety.”

But Matthews says there’s no chance the bill will make it to Gov. Michelle Lujan Grisham’s desk.

"House Bill 5 has gotten caught in the time warp that happens in the legislative process and at this point I don’t anticipate it will go to the floor for a full vote, which means then it won’t go to the senate,” said Matthews.

With just a couple of days left in the session, Matthews says the full House will focus on approving bills sent over from the Senate for approval. 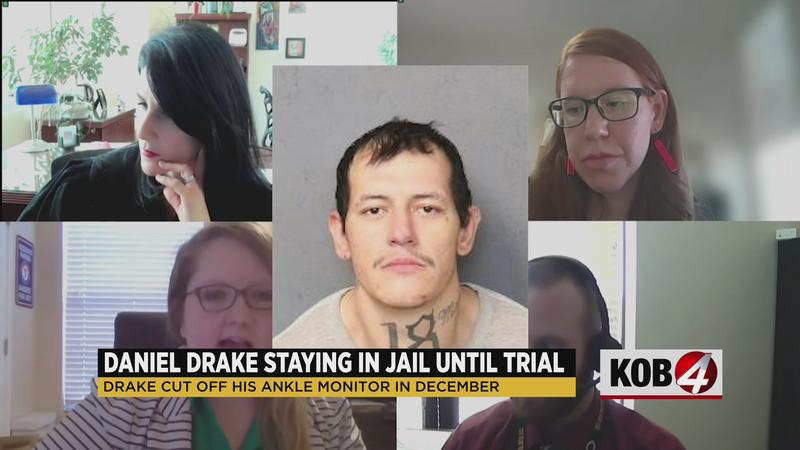