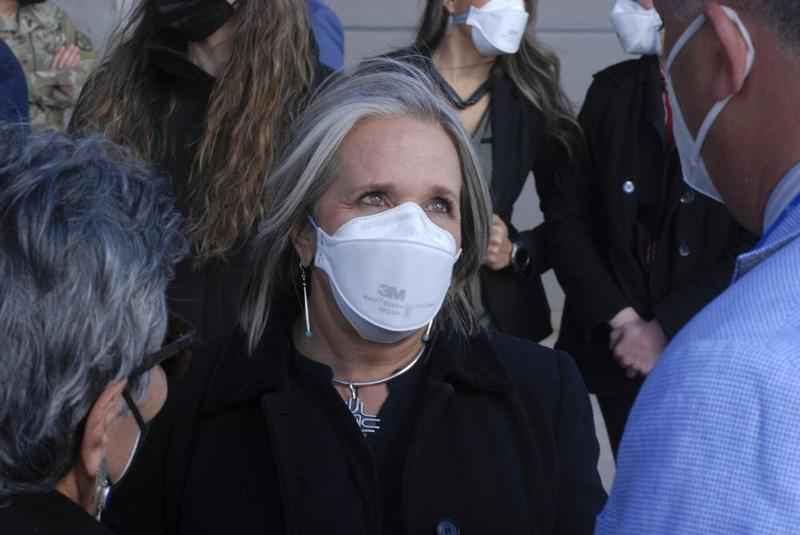 SANTA FE, N.M. (AP) — A bill to do away with New Mexico’s tax on Social Security income for middle- and upper-income residents faltered Tuesday at an initial public hearing, highlighting reluctance among many Democratic legislators.

A state House panel declined to endorse legislation that would gradually eliminate the tax by 2026, stalling further consideration on a tie 4-4 vote with Democrats in opposition. Democratic state Rep. Miguel Garcia of Albuquerque joined with three Republicans in support.

Democratic Gov. Michelle Lujan Grisham endorsed a Social Security tax cut earlier this month in her State of the State speech, and related bills from Democrats are awaiting their first public vetting in the Legislature. The state already exempts low-income beneficiaries from the tax.

Eliminating income tax on Social Security benefits would reduce annual general fund revenues by as much as $160 million by 2026, state taxation officials estimate.

Republican sponsors of the tax-cut bill said the time is ripe amid inflationary pressures on household finances and surging state government income. They also say the bill would help the state retain and attract retirees.

“It know there’s a cost to it and I realize that, but I think that in a time of pandemic and issues that we’re facing with inflation, now is the time — and the year when we have a plethora of money,” Republican state Rep. Gail Armstrong of Magdalena said.

“This for me is a question around equity and who needs the resources the most,” said Democratic State Rep. Kay Bounkeua of Albuquerque. “I would love to see the money put into those who are younger, and really have more resources for our families who are currently working.”

She said recent state population increases are concentrated among the elderly as New Mexico struggles to attract and retain younger residents.

The governor and leading legislators are recommending a $1 billion increase in general fund spending for the coming fiscal year that starts on July 1, 2022, amid a windfall in state government income linked primarily to oil production and federal government spending.

The Legislature’s budget and accountability office cautioned that the proposed tax cut could make it more difficult to meet future state spending obligations.

A bill from Democratic Sens. Bill Tallman and Martin Hickey of Albuquerque would do away with some taxes on Social Security income — though not for individuals earning over $72,000 or joint filers earning over $124,000. State government income would be bolstered by changes to taxation of tobacco under the proposal.