ALBUQUERQUE, N.M.- For the third time in six months, a fire broke out at the Friedman Recycling plant in northeast Albuquerque.

Bernalillo County firefighters say they got the call around 6:30 Tuesday morning.

"This plume was gigantic, there was no big or active flames but you could tell the fire was seeded within the recycling products as well as some of their assembly line utilities," said Janessa Ruiz, public information officer for BCFD.

Employees were evacuated and no one was hurt.

The fire is still under investigation, however, officials believe the flames were caused by a lithium battery. 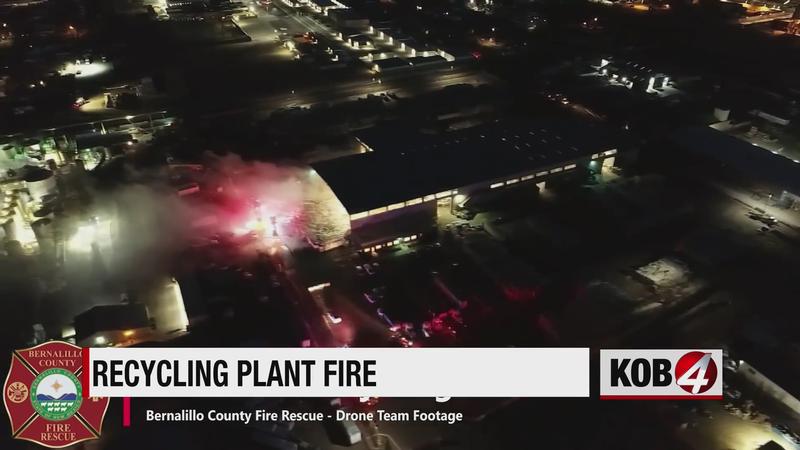 This was the third fire at the plant since September. Plant officials say the other fires were also caused by lithium batteries.

Neighbors are concered about the fires and smoke that fills the air.

"We got the particles inside the house, in every place you can think of. We need to dust. We have family members with asthma and they have difficulty breathing," said Laura Navarate.

Officials with the plant say people should not be throwing batteries away in their recycle containers.

The fire department says the plant’s procedures helped employees stay safe and keep the fire under control until they arrived.

"It’s an unfortunate circumstance. It’s an accident. It’s obviously not anything done on purpose and so we try to be as sympathetic as we can," Friedman said. "We do everything we can to try and control these circumstances so they don’t get out of control.”