ALBUQUERQUE, N.M. – Three New Mexican little league players are representing the Land of Enchantment on the big stage in Seattle.

The three earned an opportunity to play at T-Mobile Park in Seattle for a Regional Home Run Derby competition.

“It was nice we finally get to represent,” said Darrell Carabajal, a competition participant.

The biggest winner is the smallest among the trio.

“My mom was working from home, so she called me to her room and she told me the news, and my mouth dropped. I was like, what?! No way!" said Jaslene Ramirez, a 12-year-old player from Santa Fe. 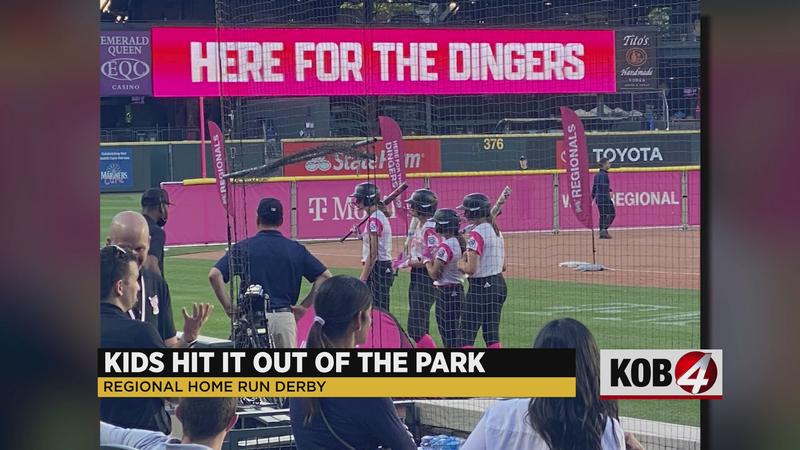 Ramirez won first place and will compete in the national Little League Homerun Derby in Williamsport, Pennsylvania next month, along with Albuquerque’s Maddox Gonzales, who qualified with a third-place finish.

“I had a blast out there,” Gonzales said.

Watch the video above to see how the little leaguers are swinging for the fences.