ALBUQUERQUE, N.M. – A man who has built 10 little libraries across the metro is once again a victim of vandalism.

Tim West says City Councilor Pat Davis asked him to build one in a Northeast Heights neighborhood three years ago to memorialize fallen Albuquerque police officer Daniel Scott Webster. He was shot and killed during a traffic stop in 2015.

But the library in Officer Daniel Webster Park never stays standing for long. West built it in April 2021 after the original one, from 2018, was ripped out of the ground and taken.

"That one I think got vandalized like 6 or 7 times,” he said. “They knocked it off the pedestal and stole it."

The new replacement library is now sitting in the bed of West’s truck. He says vandals ripped off the door, scratched it and it appears they hit it with a blunt object repeatedly.

“It kind of looks like a shark ate it,” he said.

West also said this is uncommon. Of all the libraries he has built, only two have been vandalized. He added that this is the only one that has been repeatedly targeted. 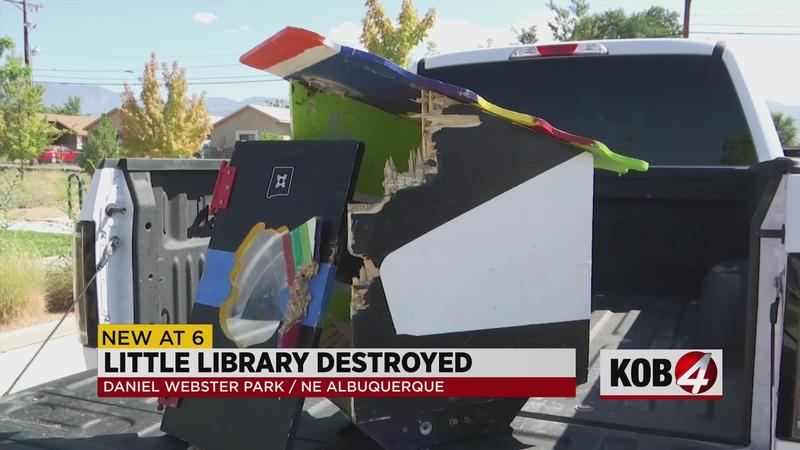 "I think it’s because it’s in a secluded area for the most part,” West said. “And people don’t like cops, which is sad because they keep us safe."

West says he will rebuild the little library as many times as it takes. He is considering making the next one out of steel, and he has a message for those responsible for the consistent vandalism over the years, "just please, vandalizing stuff, his plaque, it’s just wrong."