ALBUQUERQUE, N.M. – Former UNM Lobo Courtney Frerichs is back in the Olympics for the second time.

Frerichs is one of the world’s top competitors in the steeplechase and will compete in the finals later this week.

“There’s a certain intensity that comes with an Olympic year, and you know we’ve been thinking about Tokyo since the last games finished and so to be to so close to that finish line and to be told you have to wait a year, or it may not happen was really hard,” Frerichs said.

When competition picked up during the pandemic, the steeplechase wasn’t included in meets locally, and Frerichs said she decided she had to compete in other events to keep up her training.

“It ended up kind of being a fun opportunity to challenge myself in the 5K and 1500 and set some really good PR’s in those events, and I think I grew a lot as an athlete,” Frerichs said. 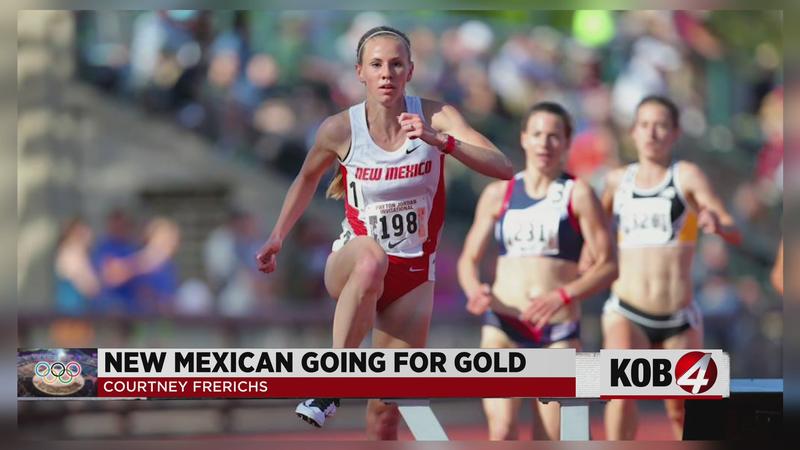 When the 2020 Olympic games were postponed, Frerichs took time off to evaluate life and is now studying for a master’s in nutrition.

“That’s been a really wonderful addition to my life and schedule and I have some goals with something outside of running which I think is great, and I think time during COVID gave me some time to think about it and I so made a decision to jump in on that. It’s provided some balance in what’s sort of an unbalanced life,” Frerichs said.

Frerichs said she was taught to believe in the process and the long game in her athletic career.

“I was really fortunate with coach Butler who’s now an assistant at UNM that he really had me believing in long term growth and that immediate in freshman year. He had me setting goals far out.” she said. “ I wanted to be good yesterday like everyone wants that, but realistically the best way, especially in endurance running is to have a long successful career, is to build year after year after year after year.”