Lobo Little League excited to return to the baseball diamond

ALBUQUERQUE, N.M. — Thousands of children across New Mexico are celebrating the return of youth sports after state officials gave them the go ahead to start competing.

Josh Price, president of the Lobo Little League, said it’s been a tough year without sports.

"You know, we were a day before—basically a day before we were going to start playing games when we got shut down by COVID,” Price said.

With kids barred from playing on the field, homeless people moved in.

"We, of course, had some really great APD officers that stepped up and helped us out,” Price said.

Price said they’ve since cleaned up and made some improvements to the facility. He also said they were hoping to get the green light sooner after high school sports were approved to return.

"We had kind of thought that we were in-line with NMAA the whole time,” he said.

A few weeks ago, Price received some surprising news.

"And then all of a sudden, the governor made it absolutely clear in a press conference that little league in particular— she used us— you know, youth sports were not within that guideline and that they were a separate case. And I got to tell you, that was almost heartbreaking,” he said.

“I don’t think it will really hit me with how wonderful it is until the moment I’m immersed in it. Right now, now it’s more like reinventing the wheel,” Price said.

"It’s still an uphill battle, but I got to tell you, once it happens there’s going to be some great elation, I’m sure,” he added.

Little league registration is now open, but establishing COVID-safe practices and other details will still need to be worked out.

Price said he’s hoping to have kids back on the field by mid-April.

"I see from here, we’ll be playing games this summer, and we’ll be playing fall ball. There will be kids on these fields with new scoreboards and a new concession stand, in September, you know, and it’s just going to continue to get better,” he said.

Until then, Price said he’s hoping to avoid any curveballs. 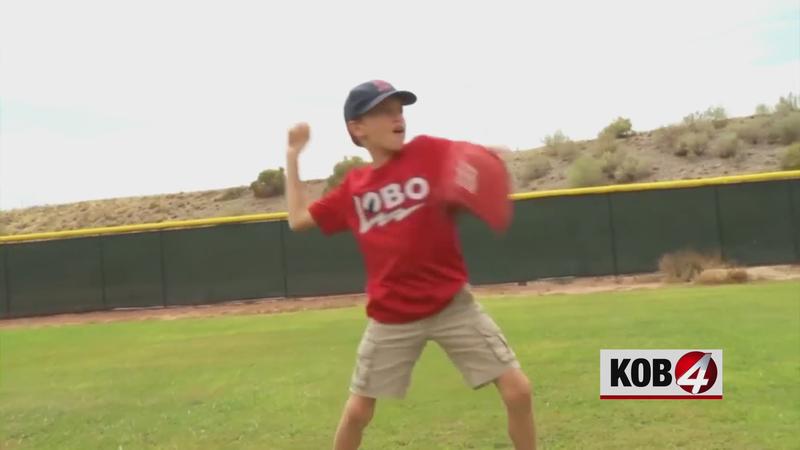