ALBUQUERQUE, N.M. – The UNM men’s hockey team is headed to the national playoffs.

The 22-2 Lobos earned an 11-0 win over the Northern Arizona University Ice Jacks last weekend to solidify their fourth-place ACHA Division III ranking. Now, they are headed to the March 10-15 ACHA National Championship Tournament in St. Louis.

However, they need help to get there.

The team is raising $16,000 over the next two weeks to ensure they can go. As of Friday, the team is nearly halfway to their goal. 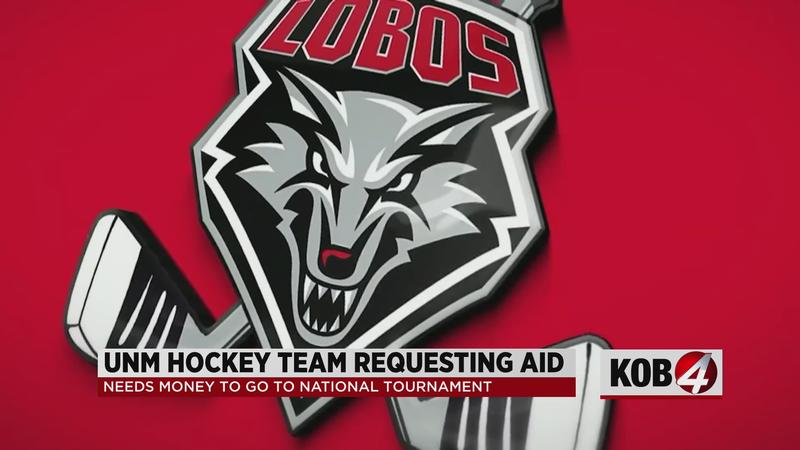 "We’re trying to get lodging, transportation, food and a few people can’t afford airline tickets on the team and I’d hate for money to be the discriminant factor in who can make it," Coach Harvey said. "So we’re trying to pay for a few players who couldn’t pay for their plane tickets."

So far, they have raised almost half of their goal on GoFundMe. Coach Harvey says this is a testament to Lobo Nation and their loyalty.