ALBUQUERQUE, N.M.- The UNM soccer team is preparing for the NCAA Tournament.

"I think there’s a great energy at practice right now just because we get to go to the NCAA Tournament, so it feels like the stress is off and the pressure is off," said coach Heather Dyche. "Now we just get to play with a little bit of joy and excitement."

They are one of 48 teams in the nation competing for the ultimate prize.

"This has just been a really special year, just a really incredible group of girls, just a bond we have between each other and something really special," said Gwen Maly. 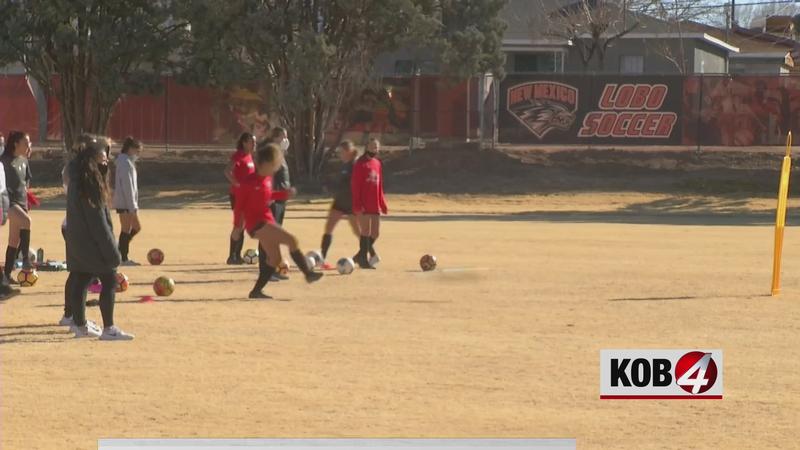 Winning a conference title was a huge accomplishment for the Lobos.

But the focus has shifted to make a deep run on the biggest stage in college soccer.

"There’s a choice now– do you want to be done or do you wanna fight and not one person on our team wants to be done," said Emily Johnson. "We all want like the best. We want to go to the furthest that we can in this tournament."

The Lobos fly to North Carolina Saturday, where the tournament will take place.

They will play Navy in the first round on Tuesday at 4 p.m.