ALBUQUERQUE, N.M.- UNM Athletics can play home games indoors, according to the Public Health Order, though there can’t be any fans in attendance. A governor’s office spokesperson confirmed those details to KOB 4 Friday.

The men’s basketball schedule doesn’t have any room for home games for the rest of the season but the women’s schedule does, and they have important matchups with Colorado State next week. A spokesperson told KOB 4’s Lee Faria that playing games in New Mexico in the near future is “to be determined.”

The volleyball team has many games left on its schedule. It plays at Johnson Center on campus.

The tennis teams play in a bubble and their schedules go through April.

KOB 4 asked UNM Athletics about how home events could play out, but they weren’t able to elaborate on more details by deadline. 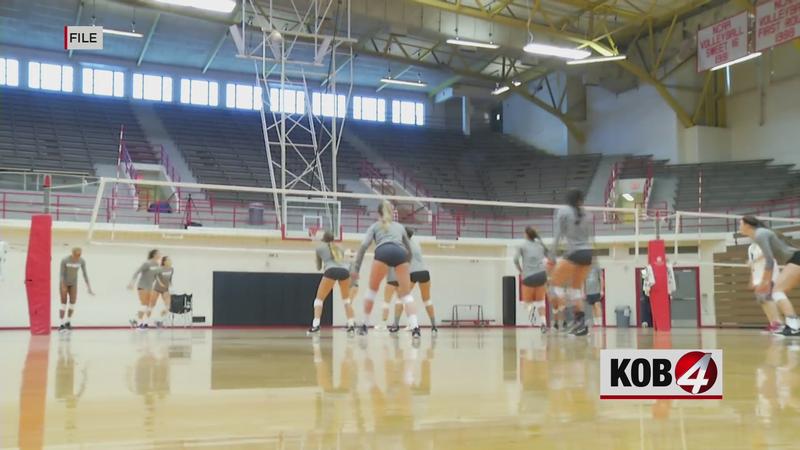 As for outdoor sports, the first Lobo home baseball game is Saturday.