Two of the biggest moments of the game came when Cami Floth got UNM on the board with a quick strike deflected off the keeper.

UNM’s Jadyn Edwards came up with the golden goal. She had two massive goals during the match.

The Lobos will head to North Carolina to play in the NCAA tourney for the first time since 2011.

"To respond that way, I never doubted it. I honestly never doubted it, so I’m just really, really proud to be a part of this group and bring a championship to New Mexico,” said Heather Dyche, head coach.

"Means a lot that I could help my team to make it to this point because, like I said, we have wanted this for so long, and it’s just been a blast this whole season,” said Jadyn Edwards.

To limit travel this year, the NCAA tourney will take place entirely in North Carolina.

The Lobos will find out who they play during the selection show Monday at 11 a.m. 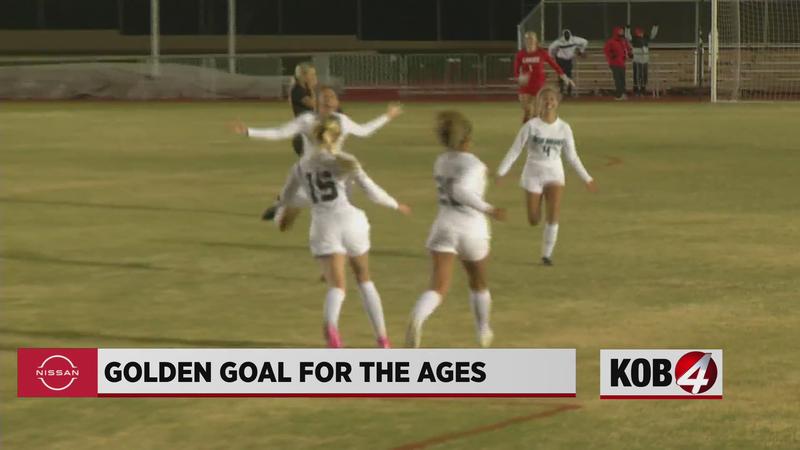