Lobos focused on strong finish to the season

They’ve been practicing in Albuquerque ahead of their series against Wyoming in Colorado Springs.

UNM’s last two series have been canceled. They didn’t play against Colorado State due to COVID-19 contact tracing, and their series against San Diego state was called off because UNM didn’t have enough scholarship players available to play.

Coach Paul Weir wouldn’t say how many players will suit up Wednesday against Wyoming. But he said his team is focused on finishing the season.

"Protecting these kids physically and mentally but at the same time playing as hard as we can on the court together and practice and then games when we get to the court to finish this thing as best as we possibly can," Weir said. 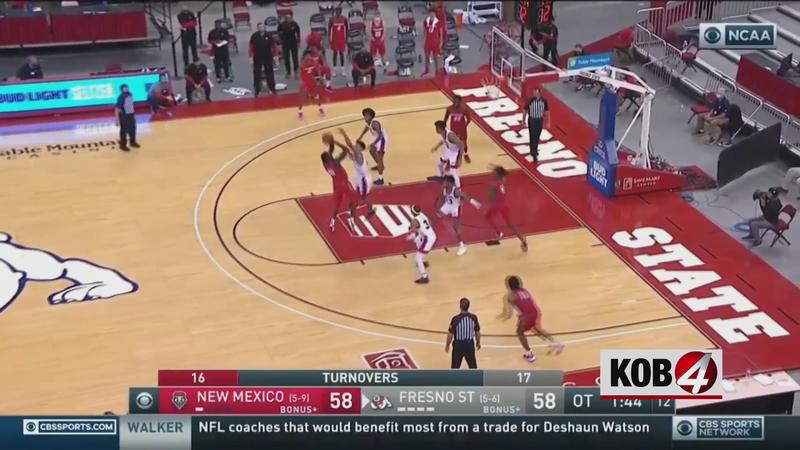