“We’re just excited to put other athletes out there and just get to know them more,” said De La Cerda.

De La Cerda and Murray have gotten comfortable on the mic over the years. Now they are hosts of their own podcast.

“I feel like I’m a social person and I like to talk, I don’t mind talking you know what I mean, I’m not a quiet person by any means, so it definitely intrigues me,” said Murray.

De La Cerda and Murray have known each other for years.

“It’s cool having Langston there because we came in together as freshmen, had them in my math class best of friends and the math class you know what I mean, so it’s just cool all these years we’ve seen each other progress came in as teenagers now we’re almost grown adults,” De La Cerda said.

“She’s like family in my book you know what I mean, we’ve known each other for that many years, so it’s easy to have a conversation with Jaedyn, and we know a lot about each other,” Murray said.

As football and basketball players, De La Cerda and Murray are used to being recognized by the media. Lobo Pod gives them a chance to support student-athletes from every sport. 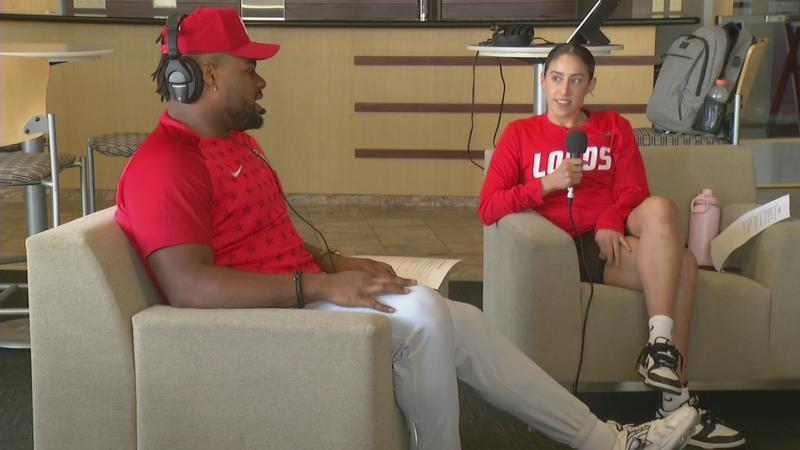