The game, scheduled for Tuesday, was set to be the first at The Pit where spectators would be required to show proof of vaccination or a negative COVID-19 test result.

Officials had also planned to implement new entry requirements and open a rapid testing site at The Pit. They say the Lobo’s were ready to go, and still are– but now they’ll have to wait another six days for their new home conference opener, which will now be against UNLV.

"They have had covid issues within the program and do not meet the minimum number of players they need to be eligible by conference rule, in order to play today’s game,” said David Williams UNM deputy athletic director.

This comes only a week after the men’s game against Colorado State was also put on hold.

"It’s a big blow to our student athletes. They really want to play these games, obviously. It’s a big blow to the fan base who look forward to coming to The Pit, even under the current circumstances,” said Williams.

The rapid tests are free and results are ready in just 10 to 15 minutes. Those who do not want to get a rapid test will either need to show their vaccine cards or results from another recent negative test in order to get in.

"Throughout all of COVID, we have tried to stay one step ahead,” Williams said.

Until both Lobo teams return to the court next week, officials say they are looking on the bright side.

There’s no word on when the game against San Jose State will be rescheduled. The 4,000 fans who bought tickets for tonight are told to hold on to them for now.

Officials also say any games this season that cannot be rescheduled will be declared no contests.

The Lobos will now open their Mountain West schedule at Boise State, Dec. 31. The team’s conference home opener will now be Jan. 3 against UNLV. 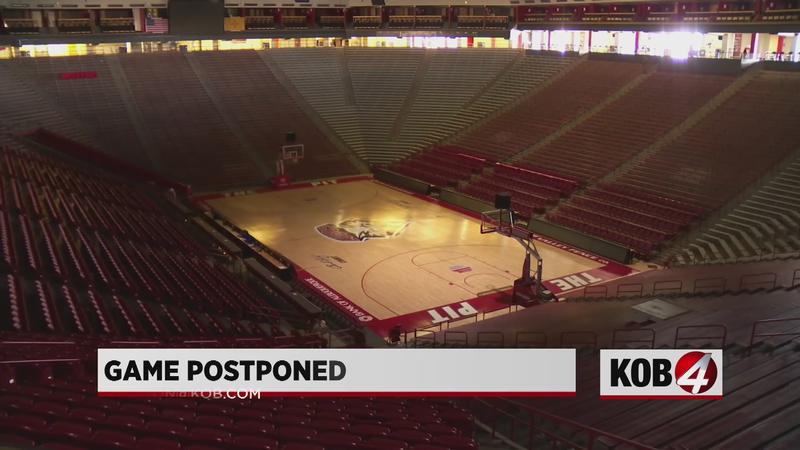