ALBUQUERQUE, N.M. — UNM Director of Athletics Eddie Nuñez has announced Richard Pitino is the next head coach of the University of New Mexico men’s basketball team.

“It is a great day for Lobo basketball and for everyone who loves our program and our university,” said Nuñez. “Richard Pitino is a proven winner with a track record of success on the court, including deep tournament runs and wins over nationally ranked programs, as well as proven success off the court by creating a tremendous student-athlete experience and supporting them as they earn their degrees. I welcome Richard, Jill and their three children to the University of New Mexico and to the Duke City, and I am excited for the future of Lobo basketball.”

Pitino comes to UNM after an eight-year stint at the University of Minnesota, where he went 141-123 with two NCAA Tournament berths and an NIT Championship.

Former UNM Men’s Basketball Coach Paul Weir had announced he was parting ways with the team in late February.

Weir joined the Lobos in 2017 after serving as the head coach at New Mexico State University. He had a $700,000 buyout in his contract with UNM. 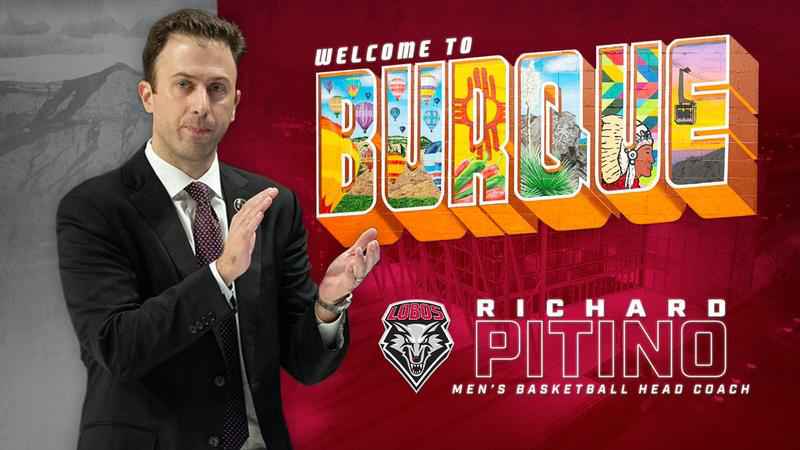 When one door closes, another one opens. So fired up to be a Lobo!!! (Yes I know I need to change my Twitter handle. Should be an easy switch!)