Brown takes over the program after spending 14 years at North Dakota State.

An accomplished skipper at the college level, Brown recorded 341 wins at North Dakota State, including a record-setting year in 2021, leading them to the Summit League title and a trip to the NCAA tournament.

Brown said he’s ready to get the Lobos back to the top of the Mountain West.

"I told the team today I’m looking for 35 guys that want to get a quality education and play in the major leagues," he said. "Those two things, I think, those two things can really set you up for building a great team." 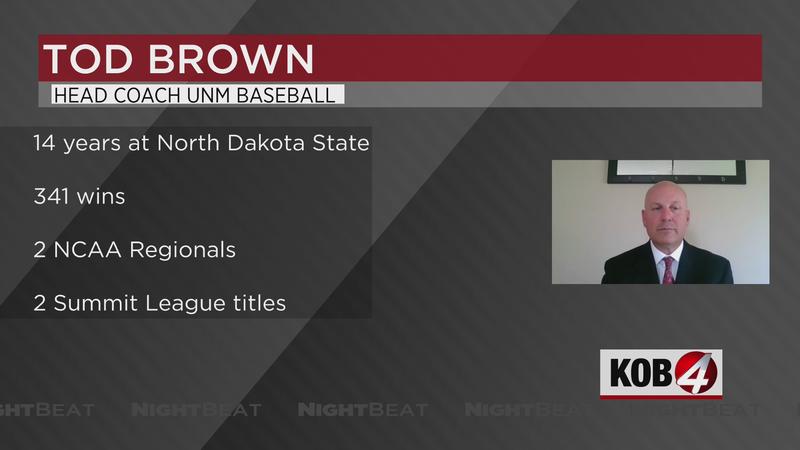