Lobos plan to resume season next week against CSU

ALBUQUERQUE, N.M.- UNM plans to take the week off and resume its regular season next week at Colorado State.

The Lobos canceled their season with San Diego State this week.

Coach Paul Weir said he’s had several conversations with players who needed a break, both mentally and physically.

Weir added, at this point, no player has decided to opt out

The Mountain West Conference requires teams to have seven scholarship players available to play, which Weir says will happen next week. 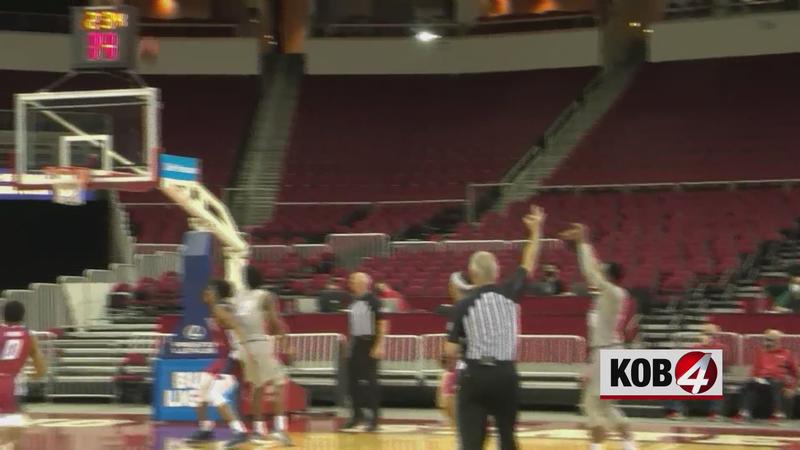 "Some kids got together, vented a little bit and communicated, and communicated eventually, in translation, it turns into our team is opting out," Weir said. "We laughed. I said ‘kids, people think we’re opting out.’ There’s some laughter in the room, so let’s focus on our academics. They are very behind right now by being on the road. That was yesterday. Today is a mental day.

Following the series with CSU, the Lobos will play Wyoming and finish the regular season at Air Force.