ALBUQUERQUE, N.M. – The UNM Lobos football team will kick off their season Thursday at University Stadium against Houston Baptist.

The team hasn’t played a game at University Stadium since November 2019.

"It’s going to be amazing just having a whole crowd there," UNM defensive end Bryce Santana said. "Last year, it just really felt like scrimmages because we didn’t have any fans the whole time but this year, pretty much the whole village of Los Lunas is coming."

"Man, I’m excited especially just to have fans and be home and have people come out to the games and not have to be in Vegas," UNM receiver Andrew Erickson stated.

Head coach Danny Gonzales has never overseen a game at the stadium. 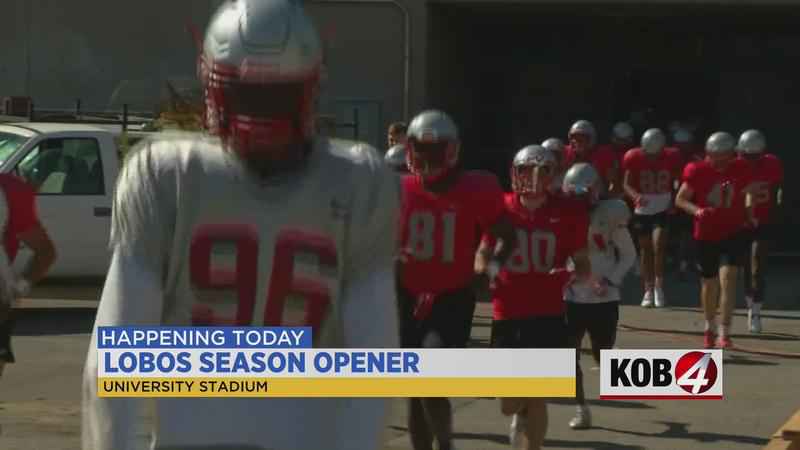 "It’ll be cool for my family when they see me come out but when that moment’s over, what matters are those kids that are out there on the field," Gonzales stated, "so it’s exciting we get to do it and I want to paint this town cherry and fill this place up."

Kickoff is at 6 p.m. If you are attending, only clear bags are allowed. You can’t bring umbrellas, alcoholic beverages, tobacco or any kind of weapons into the game. Masks are also not required but unvaccinated people are encouraged to wear one to the game.